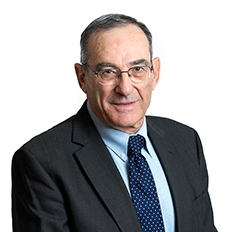 Eytan Gilboa is Professor and Director of the Center for International Communication at Bar-Ilan University. He is also a senior research associate at the BESA Center for Strategic Studies and Chair of The Israel Communication Association. He has published several books and numerous articles on public diplomacy, international communication and US policy in the Middle East. He received his BA degree from the Hebrew University and MA and PhD degrees from Harvard University. Gilboa has been a visiting professor in several leading American and European universities and research centers. He was an adviser to various ministries and agencies in several countries. He frequently contributes op-ed articles to newspapers and news websites around the world, and serves as a popular commentator on local and foreign television and radio networks.

A poll conducted by CPD Visiting Professor Eytan Gilboa of Bar-Ilan University shows that young Israelis are more suspicious of US President Barack Obama and his policies than older Israelis, that most Israelis would support a strike on Iran, and that the Israeli public is less fond of the new US president than they are of America. The poll results were carried widely on CBS News, The Jerusalem Post and Y Net; May 5, 2009.