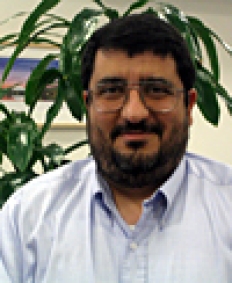 Under the direction of Professor Nicholas Cull, doctoral student Foad Izadi from Louisiana State University's Manship School of Mass Communication, is working on a research project examining the recent U.S. public diplomacy objectives and methods in Iran. Izadi is completing an externship here at the USC Center on Public Diplomacy and will identify institutional processes and players in U.S. public diplomacy initiatives toward Iran and will investigate how these initiatives fit with the concept of "new public diplomacy," which is expected to incorporate two-way communication and dialogue.

Izadi received his master's degree in mass communication studies and his bachelor's degree in economics from the University of Houston. His paper "A Discourse Analysis of American Newspaper Editorials: The Case of Iran's Nuclear Program" was nominated for the Best Paper Award at the Association for Education in Journalism and Mass Communication 2006 Annual Convention in San Francisco. He can be reached at fizadi1@lsu.edu.