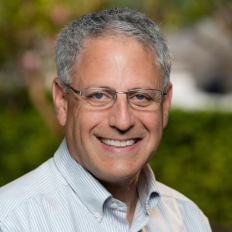 His career in media spans more than three decades, including 22 years at Sesame Workshop, where he served as president and CEO for 12 years. Prior to Sesame Workshop, Knell was managing director of Manager Media International, a multimedia publishing company based in Bangkok, Hong Kong and Singapore. He also served as senior vice president at WNET/Channel 13 in New York, was counsel to the U.S. Senate Judiciary and Governmental Affairs Committees in Washington, D.C., and worked in the California State Legislature and Governor’s Office. Knell is a member of the Council on Foreign Relations and serves on the boards of Heidrick & Struggles, an executive search firm, and Common Sense Media. He is an adviser to the Annenberg School for Communication and Journalism at the University of Southern California and to the Military Child Education Coalition.

Knell has a B.A. in political science from UCLA and was editorial director of the UCLA Daily Bruin and a stringer for the Associated Press. He has a J.D. from Loyola University of Los Angeles, where he was recently named a Top 50 Alumni. He has been awarded honorary doctorates from Kenyon College in Ohio and Mercy College in New York and has been a commencement speaker at the University of Redlands, UCLA, the University of Texas-Austin and Johns Hopkins University.