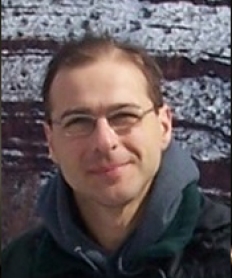 Giacomo Chiozza is an Associate Professor of Political Science at Vanderbilt University. He is an expert in international relations and statistical modeling. In his research, he has studied how foreign publics view the United States and the foundations of the American world order; and why and when leaders decide to take their countries to war. He is the author of Anti-Americanism and the American World Order (Johns Hopkins University Press, 2009). His second book, Leaders and International Conflict, co-authored with H.E. Goemans, (Cambridge University Press, 2011) won the Joseph Lepgold Book Prize, given by Georgetown University for best book on international relations published in 2011. His research has been published in several academic journals, including the American Journal of Political Science; the European Journal of International Relations; the Journal of Conflict Resolution; Pacific Review. In 2008-09 he served as a member of the American Political Science Association Presidential Task Force on U.S. Standing in World Politics; he is currently a Senior Editor at International Studies Quarterly.

Professor Chiozza holds a Ph.D. in Political Science from Duke University. Before joining Vanderbilt, he was a post-doctoral fellow at the Olin Institute for Strategic Studies at Harvard University; and an Assistant Professor in the Department of Political Science at the University of California, Berkeley. For more information, please visit his website: www.chiozza.org.

As a CPD Contributing Scholar, Giacomo Chiozza is working with the Center on its Global Youth Project.