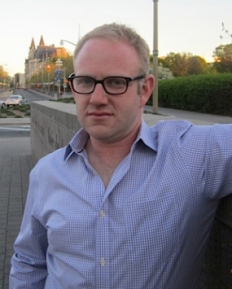 Professor Ira Wagman joins the USC Center on Public Diplomacy this Fall as the Canada-U.S. Fulbright Visiting Research Chair in Public Diplomacy. Dr. Wagman is an Associate Professor of Communication Studies in the School of Journalism and Communication at Carleton University in Ottawa, Canada. He will be continuing his research on Canadian cultural policy and the historical use of media technologies -- particularly film and television -- within multilateral institutions while teaching in the Master's in Public Diplomacy program.

Professor Wagman has held visiting appointments at the University of Arhus, the University of Amsterdam, Erasmus University Rotterdam, and the University of Freiburg. In 2012 he was the Distinguished Scholar-in-Residence at the Centre for the Study of Canada at SUNY-Plattsburgh. His research and teaching has been supported by the Social Sciences and Humanities Research Council of Canada, the European Union, and Erasmus Mundus. In 2009 he was one of the first recipients of a Teaching Excellence Award in the Faculty of Public Affairs at Carleton.

Ira is the co-editor of two books: Cultural Industries.ca: Making Sense of Canadian Media in the Digital Age (With Peter Urquhart, James Lorimer, 2012) and Intersections of Media and Communications: Concepts and Critical Frameworks (with Will Straw and Sandra Gabriele, Emond Montgomery, 2011). Recent work has been published in the International Journal of Communication, View: The Journal for European Television History, and the Canadian Journal of Communication.

He has published a number of journal articles and book chapters in the areas of cultural policy, digital media, public memory, media history, and the intellectual history of communication studies. His research focuses on the historical relationship between cultural institutions and media production. Specifically, he has examined the history of Canadian cultural policy and the role played by the United Nations and its affiliated agencies (UNESCO and UNICEF) in the development of national communication systems in television and film as part of its diplomatic efforts during the post-war era. Other work explores current debates on data privacy within the European Union.