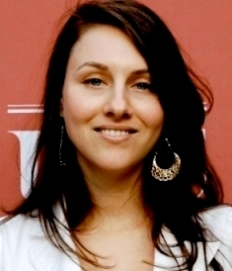 Iskra Kirova investigated the role of public diplomacy in conflict resolution as CPD Research Fellow for 2009-2011.

Previously, Iskra has worked as a Research Associate at the USC Center on Public Diplomacy supporting the Center’s research and publications program and communications. She also has experience working for the European Commission on external relations with the European neighborhood, and as a Research Assistant at the NATO Parliamentary Assembly on non-proliferation issues and conflict resolution in Eastern Europe. As Analyst for EU Advocacy and Research at the International Crisis Group, Iskra provided EU policy research and advice and helped develop Crisis Group’s advocacy activities on conflict prevention and resolution in Brussels.

Iskra graduated from the University of Southern California with a degree in Public Diplomacy and holds another degree in International Relations from Sofia University in Bulgaria. She speaks Bulgarian and English fluently and has advanced knowledge of Russian, French and German.

The views and opinions expressed in this research are those of the author and cannot be interpreted to reflect the positions of organizations that the author is affiliated with.