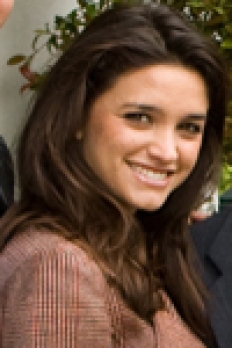 Jacqueline Barkett graduated from the Master of Public Diplomacy program in May 2011. While working at CPD, she was a research intern studying The Use of Public Diplomacy by Non-State Political Actors in the Arab World with CPD Research Fellow Lina Khatib.

After traveling to over 42 countries, she has an appreciation to learn and put Public Diplomacy into practice. Jacqueline’s interests in public diplomacy range from U.S. government public diplomacy to other state’s evaluation of diplomacy and the role of the international media primarily in the Arab world. She has interned with The White House in the Office of Presidential Correspondence and learned to evaluate and analyze the various trends received from the public through different media. Jacqueline graduated from the University of Southern California in 2009 with a B.A. in Communication from the Annenberg School and focused on Mandarin Chinese.