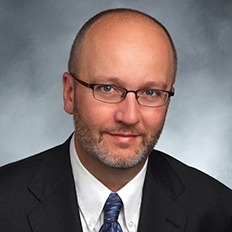 Ketterer previously served as Egypt Country Director for AMIDEAST, based in Cairo. In that capacity he oversaw portfolios including higher education advising (via the U.S. State Department’s EducationUSA program), scholarships and exchanges, education abroad for Americans, educational testing, English language instruction and professional training.  Prior to that he was Vice Chancellor for Policy & Planning and Deputy Provost at the State University of New York (SUNY). While at SUNY he also was director of the Center for International Development and a program officer at the Center for Legislative Development. In government, he served on the staff of the New York Commission on Higher Education, the National Security Council staff at the White House, and as a policy analyst at the New York State Senate. He has also worked on elections for the United Nations, the African-American Institute and the Organization for Security and Cooperation in Europe. He is currently a Fellow at the Foreign Policy Association and has also held teaching positions in international politics at the New School for Social Research, Bard College, the State University of New York at New Paltz, the University at Albany, Russell Sage College, and the College of Saint Rose.

Ketterer was a Boren National Security Educational Program Fellow in Morocco, an International Graduate Rotary Scholar at the Bourguiba School of Languages in Tunisia, and studied Arabic at the King Fahd Advanced School of Translation in Morocco. He received his education at Johns Hopkins University, New York University and Fordham University.

Ketterer's research project for the Center is titled, International Student Mobility and Public Diplomacy after the Arab Spring: The Case of Egypt.