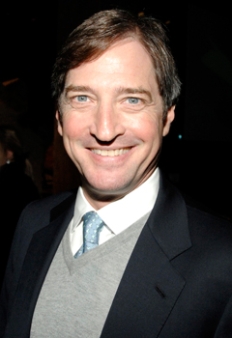 Jay T. Snyder serves as Founder and Chairman of the Board of Directors of The Open Hands Initiative, a U.S.-based 501(c)(3) nonprofit organization dedicated to improving people-to-people understanding and friendship throughout the world by fostering exchanges and other projects that emphasize our basic shared values and common humanity.

Mr. Snyder has been active in community service and as a public servant for a number of years. In 2008, he joined the Advisory Board of the Brookings' Saban Center/Council on Foreign Relations Middle East Project. He continues to serve on the Board of Trustees of the Beatrice Snyder Foundation, a non-profit organization, and on committees for several charitable organizations including Phoenix House. From 2003 to 2005, he was a member of the National Committee for the Performing Arts at the Kennedy Center. In April 2005, Mr. Snyder became a member of the Board of Governors of the Milano Graduate School of Management and Urban Policy.

In May 2003, Mr. Snyder was sworn in as a member of the U.S. Advisory Commission on Public Diplomacy. He was reappointed to serve a second term in June 2005. From 2000 to 2001, Mr. Snyder served as Public Delegate, United States Representative to the 55th United Nations General Assembly. In that capacity, Mr. Snyder functioned as a representative on general policy matters, reform issues, and the Millennium Summit, and formulated and presented statements before the U.N. on a variety of public diplomacy questions.

Mr. Snyder was additionally appointed to serve as a Commissioner on the New York State Commission for Public Authority Reform in June 2005, responsible for studying, reviewing and evaluating the operations and practices of public authorities and advising and assisting public authority boards in developing and adopting model governance principles to strengthen external oversight, management accountability, internal operations and public disclosure practices.

In addition to his philanthropic and public service work, Mr. Snyder also currently works in private equity investments as a principal of HBJ Investments LLC, which provides seed capital to a diverse group of start-up companies. Prior to this, Mr. Snyder enjoyed a 17-year career at Biocraft Laboratories, a publicly held generic drug manufacturer. At the end of his tenure, Mr. Snyder was the Vice President of Research and Development and a member of both the Management Steering Committee and Board of Directors. Before serving in those capacities, Mr. Snyder held various positions with the company, including Plant Manager, Production Manager, and Operations Manager. In his career at Biocraft, Mr. Snyder not only improved operational productivity, he also worked with major international concerns in Europe, Asia and Latin America to develop supply agreements, collaborate on import arrangements and assess acquisition candidates.

During that time, Mr. Snyder also began to work in the private financial management area. In 2007, he became the Non-Executive Chairman of Pelion Financial Group; a company that provides retirement wealth and plan management solutions for small and mid-sized businesses. He was a principal of Ashfield Consulting Group from 2003 to 2005, and JB Partners from 1997-1998, both financial services firms. From 1991 to 1996, he served as a Managing Director of Mayberry Core Asset Management, a financial advisory firm serving high net-worth individuals. Mr. Snyder was a member of the Board of Directors of the PAIC Insurance Company.