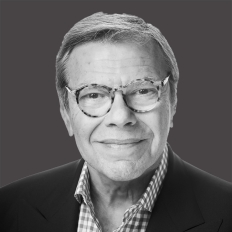 After attending college at NYU and the Sak’s Company training program, Mr. Stein joined his family’s company in 1967, nearly sixty years after his grandfather, Sam Stein, began doing business in Greenville, Mississippi. In 1977, Jay Stein launched the expansion of Stein Mart from its single store in Greenville to neighboring states and ultimately operates over 290 stores from coast to coast, in 30 states.

Jay Stein served as President and Chief Executive Officer of Stein Mart, Inc. from 1977 until 1989, when he was elected to the position of Chairman. After stepping down for several years, he came back to the Chief Executive Officer position again in 2012 to continue to run the company until 2016. Stein Mart’s corporate headquarters moved from Greenville, Mississippi to Jacksonville, Florida in 1984 and the Company offered public stock for the first time in 1992. Stein Mart’s common stock is listed on NASDAQ NMS under the trading symbol SMRT.

Mr. Stein has been active on the local and national levels in charitable, civic and educational endeavors. In Jacksonville, he served on the Board of The National Conference of Christians and Jews and the Jacksonville Symphony Orchestra. Mr. Stein is a past member of the Mayor’s Select Committee on Ethics in City Government. In 1993, he received the Humanitarian Award from the National Conference of Christians and Jews.

He has been affiliated with or chaired all the major cultural organizations in Jacksonville and his philanthropy has extended throughout the community.

Mr. Stein and his wife, Deanie, reside in Jacksonville, Florida.