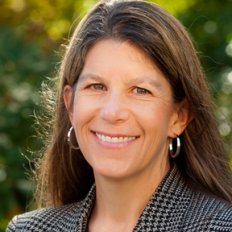 Jennifer Hubbert is Associate Professor of Anthropology and Asian studies and chair of the Department of Sociology and Anthropology at Lewis & Clark College in Portland, Oregon. Her research in the intellectual field of public culture encompasses the theoretical intersections and implications of governance, political economy, and nation building. Hubbert has published extensively on China’s soft power projects, including the Olympics and the Shanghai Expo, most recently examining the revitalization of urban space as a form of domestic diplomacy. Her recently published book, China in the World: An Anthropology of Confucius Institutes, Soft Power, and Globalization, is an ethnographic study of Confucius Institutes that studies policy intention, implementation, and reception and examines the language programs as new forms of globalization and modernity. Her research has appeared in American Ethnologist, Modern China, Visual Anthropology Review, and positions: east asia culture critique, among others. Hubbert holds a PhD in anthropology from Cornell University and a BA in international relations and MA in international policy studies from Stanford University.