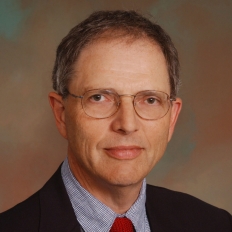 Dr. Jerrold D. Green is the President and Chief Executive Officer of the Pacific Council on International Policy in Los Angeles. He is also a Research Professor of Communications, Business, and International Relations at the University of Southern California.

Green has lived and worked in Egypt, where he was a Fulbright Fellow, Iran, and Israel. He has lectured on six continents and been a visiting fellow at the Chinese Academy of Social Science's West Asian Studies Center in Beijing; a visiting lecturer at the Havana based Center for African and Middle East Studies (CEAMO), a fellow at the Australian Defense College, and delivered papers at conferences sponsored by the Iranian Institute of International Affairs in Tehran. Green has led three U.S. Department of Defense sponsored Pacific Council delegations to Afghanistan and another to Iraq as well as Pacific Council delegations to China, Cuba, North Korea, South Sudan, Myanmar, China, Russia, Kazakhstan, Uzbekistan, and numerous other countries. He has also represented the Pacific Council as an observer at the legal proceedings being conducted at Guantánamo Bay, Cuba, by the U.S. Department of Defense.

Green is a member of the Council on Foreign Relations, The California Club, the Lincoln Club, the U.S. Department of State Advisory Committee on International Economic Policy (ACIEP), and the Advisory Board of the Center for Public Diplomacy at the University of Southern California. He is a member of the United States Secretary of the Navy Advisory Panel where he was awarded the Department of the Navy, Distinguished Civilian Service Award for his service. Green also served on the Selection Committee for the U.S. Department of State Herbert Salzman Award for Excellence in International Economic Performance by a Foreign Service Officer. He is currently a Reserve Deputy Sheriff with the Los Angeles Sheriff’s Department, and has previously served as a Specialist Reserve Officer with the Los Angeles Police Department where he advised on terrorism and Middle East issues. Green serves on the Board of Managers of Falcon Waterfree Technologies, is a member of the Los Angeles Coalition for the Economy and Jobs Tourism Committee, is an International Medical Corps Ambassador, and a member of the International Advisory Board of the Whitney International University System and the Senior Advisory Board of Academic Partnerships both based in Dallas. Dr. Green has previously served on the Advisory Board of the Suu Foundation headed by Nobel Prize Winner Aung San Suu Kyi in Burma/Myanmar, the Board of Directors of the California Club, the Advisory Committee of The Asia Society of Southern California, and the Board of Columbia University’s Middle East Institute in New York. Dr. Green is currently a technical advisor to Activision Publishing in Santa Monica, California, where he consults on the highly successful Call of Duty series.

Green has written widely on Middle East themes focusing on American Middle East policy, the role of religion in the region, inter-Arab relations, Iranian politics, and the Arab-Israeli conflict. His work has appeared in such publications as World Politics, Comparative Politics, Ethics and International Affairs, Survival, Middle East Insight, Politique Etrangere, The World Today, The RAND Review, The Harvard Journal of World Affairs, The Iranian Journal of International Relations, and The Huffington Post.