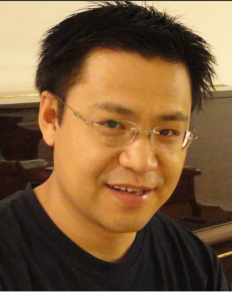 Dr. Juyan Zhang is Associate Professor at the UTSA Department of Communication and Contributing Scholar for the USC Center on Public Diplomacy. He earned his doctoral degree from the School of Journalism, University of Missouri-Columbia. He published numerous papers, monographs, and book chapters in such journals as Public Relations Review, International Journal of Communication, Journal of Communication Management and Newspaper Research Journal. A study published in Public Relations Review in February 2016 shows that Zhang is the most published publish relations scholar in the field of public diplomacy since 1990 (Vanc, A. & Fitzpatric, K. Scope and status of public diplomacy research by public relations scholars, 1990–2014. Public Relations Review, 42, 2006, 432-440). He contributed two monographs for the PD Perspective of the USC Center on Public Diplomacy, respectively on Buddhist diplomacy and the Sino-Vatican faith diplomacy.  Zhang is also interested in Buddhist studies. His research on the origin of Avalokiteśvara appeared in the Canadian Journal of Buddhist Studies and the International Journal for the Study of Humanistic Buddhism.

January 2015 - The Foods of the Worlds: Mapping and Comparing Contemporary Gastrodiplomacy Campaigns International Journal of Communication