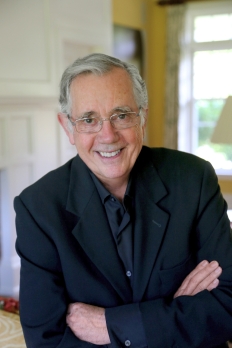 Keith Reinhard is Chairman Emeritus of DDB Worldwide, which ranks among the world’s largest and most creative advertising agency networks with 200 offices in 90 countries. DDB has won more Grand Prix in the over 50-year history of the International Advertising Festival in Cannes than any other agency. As a working creative man, Keith was responsible for McDonald’s “You Deserve a Break Today” and for the Big Mac tongue twister, “Two-all-beef-patties-special-sauce-lettuce-cheese-pickles-onions—on a sesame seed bun.” He also penned State Farm’s long running theme, “Just Like a Good Neighbor, State Farm Is There.”

In 1986 Keith was one of the architects of the advertising industry’s first and only three-way merger, creating Omnicom, which today ranks as one of the world’s largest advertising and marketing services holding company. Concurrent with the creation of Omnicom, Keith accomplished the merger of Doyle Dane Bernbach and Needham Harper Worldwide to create the present network, DDB Worldwide. He served the agency as Chairman and CEO until 2002 and then as Chairman until 2007.

Advertising Age has referred to Keith Reinhard as the advertising industry’s “soft-spoken visionary” and in 1999 named him one of the top 100 industry influentials in advertising history. Many of the media and compensation concepts first enunciated by Keith are now common practices in the industry. He was inducted into the Advertising Hall of Fame in 2007.

From 2002 to 2010, Keith served as President of Business for Diplomatic Action, Inc.(BDA), a not-for-profit effort he founded to enlist the U.S. business community in actions aimed at improving the standing of America in the world. During its eight years of operation, BDA created and implemented a number of programs credited with building new bridges of understanding and respect between the United States and the world. As the organization’s leader, Keith testified to the U.S. Congress and was broadly featured in the media, from the BBC, The Daily Show, Fox News, CNN, and CNBC, to publications such as The Economist, Fast Company, The Atlantic, The New York Times, The Wall Street Journal, the International Herald Tribune and The Financial Times, among others.

Keith has contributed generously of his time and talents to a broad range of initiatives. He serves on the boards of Sesame Workshop and Jazz at Lincoln Center. He is a past chairman of Union Theological Seminary in New York and past chairman of the American Association of Advertising Agencies. Keith is on the faculty and board of advisors of the Berlin School of Creative Leadership in Berlin, Germany. He is a member of the steering committee of the Association for a Better New York (ABNY) and serves on the advisory boards of USC Center on Public Diplomacy at the Annenberg School at the University of Southern California, the Chief Executive Leadership Institute at the Yale School of Management and the Johns Hopkins Prostate Cancer Center.

Keith is the father of seven children. He and his wife, Rose-Lee, live in Manhattan.