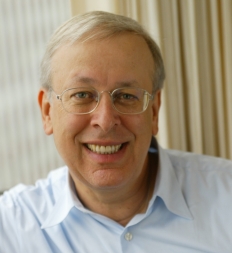 Marc B. Nathanson has been one of America’s leading communications entrepreneurs for over forty years. In 1975, Mr. Nathanson founded and was CEO of Falcon Cable TV. In 1999, he sold Falcon and became Vice Chairman of Charter Communications, the nation’s second largest cable operator.

Today, Mr. Nathanson is Chairman of Mapleton Investments, a diversified investment holding company; and Falcon Waterfree Technologies, an international water conservation manufacturer. In 2012, Secretary of State, Hillary Clinton, appointed Nathanson as her representative to the Board of the East-West Center in Honolulu, Hawaii. He is also Vice Chair of the National Democratic Institute for International Affairs (NDI) and Co-Chair of the Pacific Council on International Policy.

Mr. Nathanson was appointed in 1998 by President William Clinton and confirmed by the Senate as the Chairman of the Broadcasting Board of Governors, which runs Voice of America, Radio Free Europe and all other non-military international communications of the United States. President George Bush asked him to stay as Chairman until his successor was confirmed by the Senate (18 months later). Mr. Nathanson was also appointed by President Clinton to the Albanian Enterprise Fund.

Mr. Nathanson is on the board (former chair) of the USC Annenberg School Center for the Digital Future, the USC Center on Public Diplomacy and the Aspen Institute. He is a member of the Council on Foreign Relations, the International Advisory Council for the U.S. Institute of Peace, and the Los Angeles Coalition for the Economy and Jobs. He founded and is Chairman Emeritus of the Homeland Security Advisory Council (HSAC) for Los Angeles. He is also a former board member of the Skirball Cultural Center, USC Annenberg School, and the UCLA Anderson School of Management.