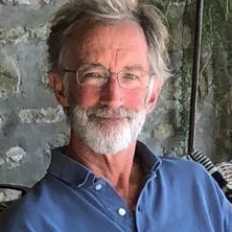 Mark Smith has been a member of the U.S. Foreign Service for 27 years; he currently holds the rank of Counselor. He came to the Center on Public Diplomacy from the U.S. Embassy in Rome, Italy, where he served as Cultural Affairs Officer from 2004 to 2008. Prior to Rome, Mark served for four years as the U.S. Embassy's Information Officer in Berlin, Germany. The Rome assignment was his second in Italy; he served there previously as Information Officer from 1992 to 1996.

Mark began his diplomatic career in Lisbon, Portugal. From there, after a year of Russian language training, he moved on to a posting as Assistant Information Officer in Moscow, where he was a member of the embassy team that negotiated a new cultural exchanges agreement with the Soviet Union. The fifteen months of negotiations produced an accord signed by President Reagan and General Secretary Gorbachev in Geneva in November 1985, enabling cultural exchanges between the two countries to resume after a six year hiatus following the Soviet invasion of Afghanistan.

In 1988, Mark began a four year posting as Branch Public Affairs Officer in Zagreb, Yugoslavia. During those turbulent years, he witnessed the fall of Communism in Eastern Europe, the collapse of Yugoslavia, and the outbreak of war in Slovenia, Croatia, and Bosnia. In September 1991, as the fighting reached Zagreb, Mark was evacuated back to the U.S., but he returned after three months to conclude his assignment, departing Zagreb just as the U.S. formally recognized Croatia as an independent country.

Following his first Rome assignment, Mark returned to Washington as Team Leader for Democracy and Human Rights in the I Bureau (now the Bureau of International Information Programs) of the United States Information Agency. During the summer of 1997, he was seconded to the Organization for Security and Co-operation in Europe as spokesman for the OSCE's elections monitoring mission in Albania. In the fall of 1998, he moved to the State Department as Public Affairs Advisor to the Special Representative on Kosovo and Dayton Implementation; for the next year, prior to, during, and in the aftermath of NATO's military intervention in Kosovo, he took the lead in preparing the Department spokesman to respond to questions on Kosovo at his daily press briefing.

Mark holds an A.B. from the University of California, Berkeley, and an M.A. in English and Comparative Literature from Columbia University.