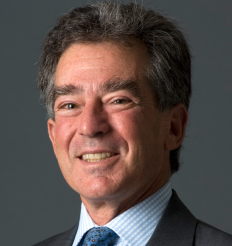 Mr. Levine was named as one of "America's Best Lawyers" and as one of the "100 Most Influential" lawyers in California. In addition to having served as chair of the CPD Advisory Board, he is chair of the Los Angeles Board of Water and Power Commissioners, a member of the Advisory Board of the Goldman School of Public Policy at the University of California (Berkeley) and a Director of the Pacific Council on International Policy. He has served as U.S. Chair of the U.S.-Israel-Palestinian "Anti-Incitement" committee established by the Wye Plantation peace agreement, as a Presidential appointee to the United States Holocaust Memorial Council, as a U.S. government appointee to the U.S.-Israel Science and Technology Advisory Commission as President of the American Friends of the (Yitzhak) Rabin Center in Israel, and as Board Chair of the Los Angeles Police Foundation.

Mr. Levine's Congressional committee assignments included the Committee on Foreign Affairs and its subcommittees on International Economic Policy and Trade, Europe and the Middle East, and Asia; the Committee on the Judiciary and its subcommittee on Intellectual Property; and the Committee on the Interior and Insular Affairs. Mr. Levine was especially engaged in U.S. foreign policy involving international trade and Middle East policy. Mr. Levine founded and co-chaired Rebuild America, an educational foundation to improve American competitiveness by increasing support for high-technology industries, improving education and rebuilding infrastructure. Between 1993 and 1997, Mr. Levine served, at the request of Vice President Gore, as co-President of Builders for Peace, the private sector effort to assist the Middle East peace process.