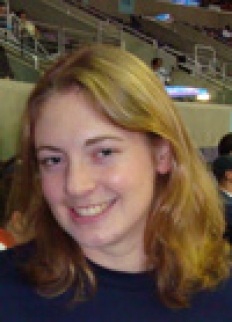 Melanie Ciolek received her B.S. in Foreign Service in International Politics from Georgetown University in Washington, D.C. in 2005. Her studies focused on the foreign policy process, multilateral institutions, democratization, and Latin American politics. As an undergraduate, Melanie was first exposed to public diplomacy through a course taught by a career USIA and public affairs Foreign Service officer. She also interned at the U.S. Department of State in the Bureau of International Organization in the Office of Economic and Development Affairs.

Prior to arriving at USC, Melanie worked for four years at the Program on International Policy Attitudes (PIPA) in Washington D.C., a global public opinion research think tank which manages the WorldPublicOpinion.org project. She most recently held the positions of communications coordinator and survey manager for the WorldPublicOpinion.org network surveys, which cover more than 25 countries.

Both a native of the Chicago area and long-time northern Virginia resident, Melanie maintains an avid interest in the Cubs, the Nationals, Georgetown basketball, and of course, US politics.