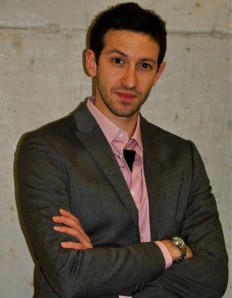 Michele Acuto is Senior Lecturer in the Department of Science, Technology, Engineering and Public Policy (STEaPP) at University College London, and Stephen Barter Fellow of the Oxford Programme for the Future of Cities at the University of Oxford. He was previously Contributing Editor for the Diplomatic Courier, taught sociology of technology in the Faculty of Business & Government at the University of Canberra and International relations at the Australian National University (ANU), having held visiting positions at the National University of Singapore’s Global Cities Cluster and Asia Research Institute, as well as at the Institute of International and European Affairs in Dublin. Michele previously worked as independent consultant on conflict resources and the Kimberley Process on diamonds for several years, and subsequently served as JPO to secretariat of the International Campaign to Ban Landmines. Michele holds a BA in Diplomacy from the University of Genoa, a specialization in Peace and Conflict Studies from the International Peace Research Institute (PRIO) in Oslo, as well as a Master of International Affairs, a Master of Diplomacy, and a PhD from the ANU. He is the editor of Global City Challenges (Palgrave 2013) and Negotiating Relief (Hurst & Co. 2013), and author of The Urban Link (Routledge 2013).

Acuto's research project for the Center is titled, The Diplomacy of Sustainability: Are Global Cities the New Climate Leaders?.