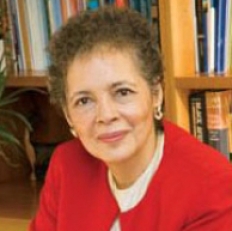 Ponchitta has been a television host and producer, a journalist, and a speechwriter. She began her career in journalism at Ebony Magazine, where she rose to become the New York Editor and New York Bureau Chief of the magazine’s parent company, Johnson Publications.

Ponchitta also worked at CBS News as a special correspondent, and at WNBC-TV in New York, where she hosted and co-produced a daily television show, Today in New York. She also hosted programs for New York’s PBS affiliate station, WNET.

In addition to her work in television, Ponchitta served as a Contributing Editor for Paradeand McCall’smagazines, a Roving Editor for Reader’s Digest, and has written for many national publications, including AARP The Magazine(Modern Maturity), Family Circle, More, Newsday, and Ladies Home Journal. Several of her interviews appear in My Soul Looks Back in Wonder: Voices of the Civil Rights Experience (AARP/Sterling Publishing), a book that presents eyewitness accounts from people who played pivotal roles in the Civil Rights Movement. Ponchitta’s work also appears in the book, The Leader of the Future 2: Visions, Strategies and Practices for the New Era. She later conducted interviews for the book, Keep Going No Matter What: The Reginald F. Lewis Legacy: 20 Years Later, a look at the African-American businessman who put together an unprecedented $985 million leveraged buyout of Beatrice International Food Company.

Long active in community service, she is a member of the Board of Directors at WNET; the Inner-City Scholarship Fund of the Catholic Archdiocese of New York; USC Center on Public Diplomacy; Housing Enterprise for the Less Privileged (HELP USA); and the Cuban Artists Fund. She is also a member of the Council on Foreign Relations.