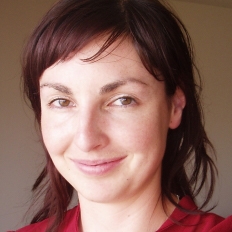 Sarah Ellen Graham is a lecturer at the University of Western Sydney, and was previously an adjunct lecturer at the University of Southern California. She was a postdoctoral fellow for 2007-8 at USC's Center for International Studies and the Center on Public Diplomacy. Dr. Graham has written a book on U.S. attitudes to public diplomacy in the 1918-1953 period and has published articles on U.S. public diplomacy in UNESCO (for which she was awarded the Society for Historians of American Foreign Relations' Bernath Article Prize), on public diplomacy and the Indo-American relationship, and on Washington's prospects for effective track-two diplomacy in the Asia-Pacific. She served as a CPD Research Fellow from 2011-13 working on her project on the role of attitudes in the Indo-American diplomatic relationship from 1942 to the present titled, U.S. Public Diplomacy and Indo-American Relations.