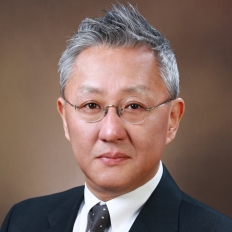 Dr. Kim Taehwan is Associate Professor of Public Diplomacy of the Korea National Diplomatic Academy (KNDA), in the ROK Ministry of Foreign Affairs. Before joining KNDA in 2013, he served as Director of Public Diplomacy at the Korea Foundation from 2008. Prior to this, he worked as a research professor at the Division of International Education of Yonsei University. He is a book review editor for the quarterly Global Asia, published by the East Asia Foundation. His research focus is on the comparative political economy of post-socialist transformation and Korea’s public diplomacy. His recent works include Authoritarian Post-Communist Transition and Its Future in China, Vietnam, and North Korea; Beyond Geopolitics: South Korea’s Eurasia Initiative as a New Nordpolitik; and Paradigm Shift in Diplomacy: A Conceptual Model for Korea’s New Public Diplomacy. Dr. Kim graduated from Yonsei University (B.A. and M.A. in Political Science) and received his Ph.D. in Political Science from Columbia University.