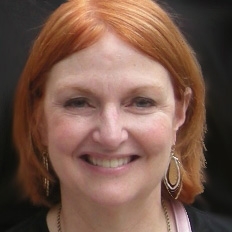 Victoria Parrott, a former Business Analyst for the USC Center on Public Diplomacy, assists in the preparation and monitoring of the Center’s budget and manages all aspects of CPD's business transactions. Victoria brings thirteen years of experience in the academic environment (eight in non-profit) to the Center.

Victoria isn’t new to USC; from 1999 to 2007, she served as the Administrative Services Manager of USC’s Los Angeles Caregiver Resource Center at the Andrus Gerontology Center. Her primary objectives included developing budgets and forecasts, managing all non-clinical issues and furthering the Center’s reputation within the community. As a lead liaison for University departments and a senior staff advisor, she oversaw all administrative and financial matters—introducing departmental committees to key changes, new programs and legislation, and planned events.

In mid-2007, Victoria left the University to become a caregiver herself for her elderly parents. Before coming to USC, she worked for the South Pasadena Unified School District from 1994 through 1999.

Victoria has a deep enthusiasm for education; she home-schooled her son and daughter until they began middle school, and today both are USC alumni. Her son graduated from the School of International Relations, and her daughter from the Annenberg School for Communication -- which, coincidentally, are the two schools which partnered in 2003 to establish the Center on Public Diplomacy.