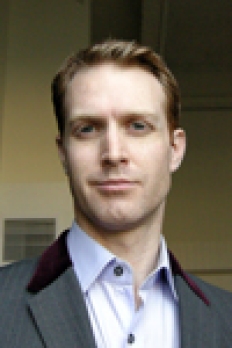 William Ogborn is the Webmaster and Newsletter Editor for the USC Center on Public Diplomacy, as well as a Master of Public Diplomacy candidate in the one-year, mid-career program.

“Bo”, as he prefers to be called previously spent three years working on Iraq in various capacities for the US government. He first served as a Press and Information Officer with the State Department for the US Embassy in Iraq overseeing the press portfolios of several Iraqi ministries. He then returned to Washington, DC as the Communications Director for USAID’s Office on Iraq Reconstruction managing a team responsible for the content and format of all internal and external communications. At the request of DoS, he returned once again to Iraq to serve as the Public Diplomacy Officer for the Provincial Reconstruction Teams based out of Camp Adder/Talil AFB, where he directed the public diplomacy and public affairs operations for the Iraq provinces of Dhi Qar and Muthanna.

Prior to his service in Iraq, Bo was the IT Director and Web Media Coordinator for the Offices of the Speaker Denny Hastert and Majority Leader Dick Armey where he built the award winning Speaker.gov website and created the Medicare RX drug and “Free the Daschle 50” campaigns as well as writing and editing press materials for the website. Bo left the Leadership offices to pursue a career in painting for a year before serving in Iraq.

Bo received his BA in political Science from USC in 1998, and spent one year at Southern Methodist University law school in Dallas, TX before taking a leave of absence to pursue the Master’s in Public Diplomacy