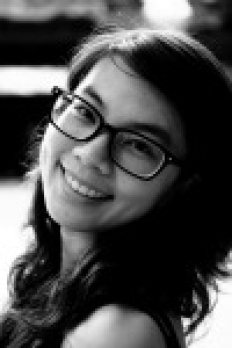 As a candidate for a Master’s in Public Diplomacy at USC, Xinru has strong interests in Sino-US relations, especially the projection of China's hard and soft power and its implications on the foreign policies of both countries. Currently, she is a PDiN contributing researcher at USC Center on Public Diplomacy; and she interned as a protocol officer at the Mayor’s Office for the City of Los Angeles.

Prior to Annenberg, Xinru was an honor graduate from Shanghai International Studies University with double degrees in Journalism and French. She has gained a deep understanding of China's public diplomacy initiatives by interning in multiple governmental departments of China. In Xinhua News Agency and 21st Century Business Herald, she interviewed successfully high-level dignitaries such as China’s foreign minister Li Zhaoxing, Warren Buffett, Bill Gates and Wilbur Ross. In Shanghai Foreign Affairs Bureau and Center for Global Public Opinion of China, Xinru coordinated multiple researches for the government on global public opinion of 2008 Olympic Games, 2010 Shanghai Expo, and China’s economic development. In future, Xinru wants to focus on international broadcasting and cultural diplomacy.