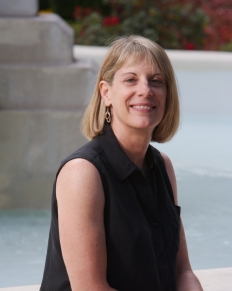 Dr. Pamela K. Starr is Director of the U.S.-Mexico Network at USC, an associate professor (NTT) in Public Diplomacy and the School of International Relations, and a faculty fellow at the USC Center on Public Diplomacy She came to USC from the Eurasia Group, one of the world's leading global political risk advisory and consulting firms, where she was senior analyst responsible for Mexico. Prior to that, she spent eight years in Mexico as a professor of Latin American political economy at the Instituto Tecnológico Autónomo de México (ITAM), a private university in Mexico City.

Dr. Starr is an active speaker, commentator, and author on Mexican politics, economic policy, security affairs, and foreign policy, U.S.-Mexico relations, and economic policymaking in Latin America. She is the author of a 2009 Pacific Council on International Policy report on U.S.-Mexico relations, a Council on Foreign Relations report on the 2006 Mexican election, and most recently an essay on “U.S.-Mexican Relations and Mexican Domestic Politics” (published in the Oxford Handbook on Mexican Politics).

Starr has advised the U.S. Secretary of State, the U.S. Ambassador to Mexico and other high-level officials from the Mexican and the U.S. executive branches, as well as U.S. mayors and members of Congress, and the staff of the Foreign Affairs Committees of the U.S. and Mexican Senates. She has also worked as a consultant to investment banks and securities firms. Dr. Starr is an associate of the Inter-American Dialogue and is an active member of the Latin American Studies Association. After receiving her PhD from the University of Southern California in 1993, Dr. Starr worked as a visiting assistant professor at the University of California, Los Angeles before moving to ITAM in 1997.