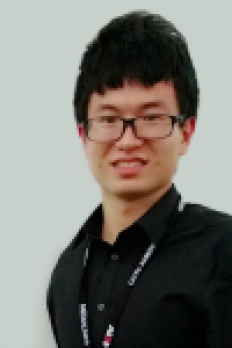 Chenzhou Gong is a senior student at Fudan University, majoring in International Politics, and is currently the administrative assistant at The Center for Think Tank Research and Management in Shanghai. Chenzhou previously worked as an associate producer intern at CCTV America in Washington DC, responsible for writing news anchors' scripts. During his four-month stay in DC, he was also a participant in the Prudential Foundation Global Citizens Program held by The Washington Center.

Chenzhou’s great passions range from rural education, environmental protection, to traveling. He has spent five vacations teaching in remote regions of China, and one in Mwanza, Tanzania. He also had one full-scholarship semester exchange in the University of Tampere, which boasts the largest social sciences department in Finland. As an environmental activist, he was chosen as one of the 1000 Environment-Friendly Youth Ambassadors in 2010 by the Ministry of Environmental Protection. In his spare time, he has been to 28 countries around the world, and has always challenged himself to incorporate multiple perspectives, which he learned in his travels, into his writing.

A native of China, Chenzhou is fluent in Mandarin, as well as in English. In public diplomacy, Chenzhou mainly focuses his study and research on China and social media diplomacy. His works have appeared in the 5th Graduate Student Conference and Fudan American Review(a peer-reviewed CSSCI journal).