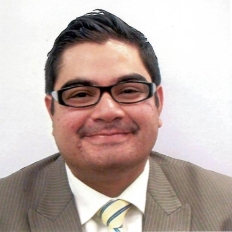 Ricardo J. Valencia is a former diplomat who worked for the Embassy of El Salvador in Washington D.C. between 2010 and 2014. Currently, he is pursuing a Ph.D in Media Studies at the University of Oregon, where he recently received the Promising Scholar Award.

As staffer at the embassy in Washington D.C., Ricardo worked as the head of the Communications and Public Relations section, where he advised the Salvadoran Ministry of Foreign Affairs and the Office of the President of El Salvador on issues related to public diplomacy, immigration, security, and U.S. domestic politics. Prior to his tenure in foreign services, he worked as a columnist, investigative reporter, senior editor, and assistant correspondent for various newspapers and agencies in El Salvador. He obtained a joint M.A.from the University of Hamburg and the University of Aarhus (Denmark), and holds a B.A. from the Central America University (El Salvador).

Ricardo can be found on Twitter:@ricardovalp