Since 2009, the U.S. Department of State has worked to strengthen and deepen U.S. diplomacy and development around the world through public-private partnerships (PPPs) that leverage creativity and innovation for greater impact. The proactive pursuit of PPPs by the State Department offers tremendous public diplomacy opportunities. To date, the State Department has worked with over 1,100 partners to support key foreign policy objectives. The Department is now promoting clean cook stoves, diaspora engagement, job creation and innovation in Muslim-majority countries, human rights, entrepreneurship and affordable Internet with partners from around the globe.

PPPs have grown as corporate and private development investment expanded around the world. The State Department’s Global Partnership Initiative website notes that in the 1960s, seventy percent of developing countries’ capital flow came from the U.S. government; today, that figure has dropped below fifteen percent thanks to “increased trade, investment, and private capital.”

Prime examples of this trend are the corporate and foundation partnerships with ambitious Africans in technology and innovation centers that have popped up across the continent in the last five years. At least fifty innovation centers are active from Cairo to Cape Town and act to varying degrees as entrepreneurship incubators, hackerspaces, and hip gathering places for young programmers and business start-ups.

The “mecca” of tech innovation centers in Africa is arguably Nairobi, home to some of the most advanced and forward-looking leaders in African technology and innovation, including the tech innovation center iHub, open source software non-profit Ushahidi, and mobile money leader M-PESA, among others. Government support is not a main source of funding for tech hubs; rather, young tech enthusiasts have built successful partnerships with corporations, such as Samsung; foreign aid donors, such as the Finnish government; and foundations and philanthropic endeavors, such as Omidyar Network, to build their own hubs.

Kampala, Uganda now has three hubs, each with a distinct identity, mission and ambition. The leader is the Hive Colab, a four-year-old PPP with support from Dutch aid NGO Hivos, technology development foundation Indigo Trust, and tech consulting company SpotOne Global Solutions. Current Hive director Barbara Birungi, a star female technology advocate in a male-dominated field, takes a practical approach about the role of the Hive, stating that it is their role to help young tech entrepreneurs test their motivations before developing a program or an app and realizing it won’t work. Nearby, the Mara Launch Pad (MLP), started by Mara Foundation, recently announced its own micro-venture capital fund, with loans of $2,000-$4,000 available to its in-house entrepreneurs in exchange for equity and a say in the company’s management. The newest entry in Kampala’s tech hub, Outbox, opened in June 2012 with seed funding from Google Africa and ongoing assistance from the Kampala Google office.

The hubs exist both because of and for the purpose of creating partnerships. They run constant programs for young, hardworking would-be entrepreneurs that, according to Hive’s Birungi, should all be “fun.” Their activities include networking events and targeted programs for women and journalists. They also run Hackathons, such as Startup Weekend, during which participants form teams of young programmers, marketers, and business majors; develop business plans under the mentorship of more experienced tech businesspeople; and then “pitch” them to VIP guests, frequently from big corporations and banks. Ideally, several teams will stay together in the Hub and turn the idea into a small business.

The State Department is starting to work with these dynamic PPPs around the continent too through Liberalizing Innovation Opportunity Nations (LIONS@FRICA) partnerships. Launched at the World Economic Forum on Africa in May 2010, this PPP initiative taps into top institutions, like Microsoft, Nokia, and the African Development Bank, to enhance Africa’s ‘innovation ecosystem.’ Its programs work with African innovators on capacity building, access to capital, and building credibility. A recent example of the LIONS@FRICA partnership is the 2012 Apps4Africa business competition.

In 2009, the State Department’s Bureau of African Affairs partnered with Appfrica, a company founded in Kampala and focused on growing Africa’s knowledge economy, to launch the Apps4Africa annual competition. Now in its third year, this mobile application development competition coordinates closely with many African hubs to attract broad local participation. It has also adapted its structure to provide winners with ongoing support to develop their app business – once again showing the value of the Hub PPP model, which is based on long-term, mutually beneficial partnerships.

Public-private partnerships are the new wave in public diplomacy and development aid work. By leveraging complementary strengths and interests, PPPs have the potential to reach development goals faster, more efficiently, and with greater collaboration among local participants.

“I would call myself a first-time entrepreneur,” says 23-year-old Richard Zulu, director of Outbox, who got his start as a Google Ambassador on the campus of Kampala’s Makerere University. “I like having people around from Google and Deloitte and getting to know their thought processes. This is very, very key. If I want to accomplish this thing (success at Outbox), I have to form synergy with others and share their experiences.” 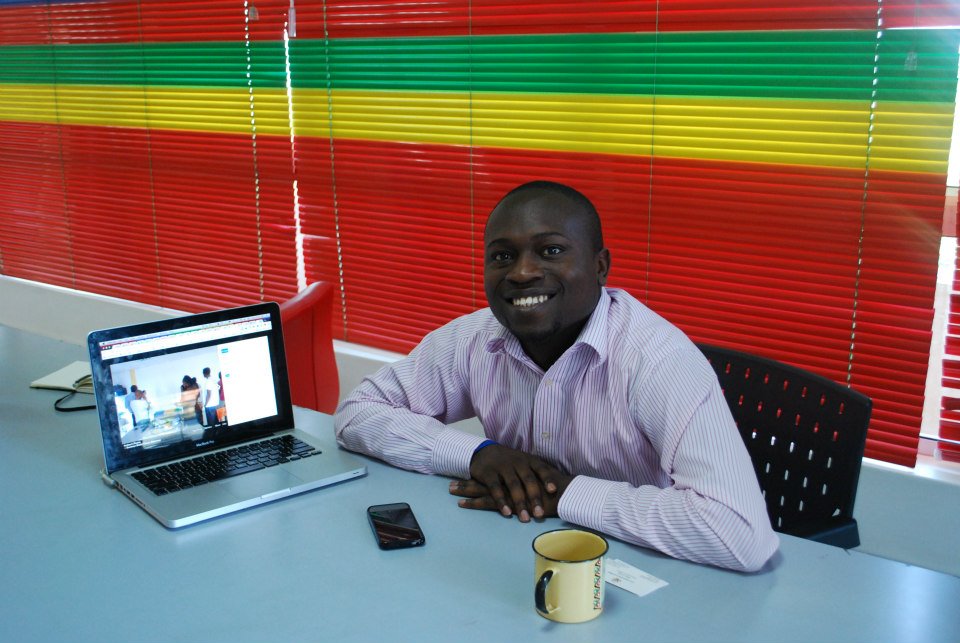 For all the growing interest in public diplomacy, the field still suffers from a lack of specificity in use of the term. This isn’t necessarily a problem, but it is a source of confusion. A look at the CPD blog demonstrates...