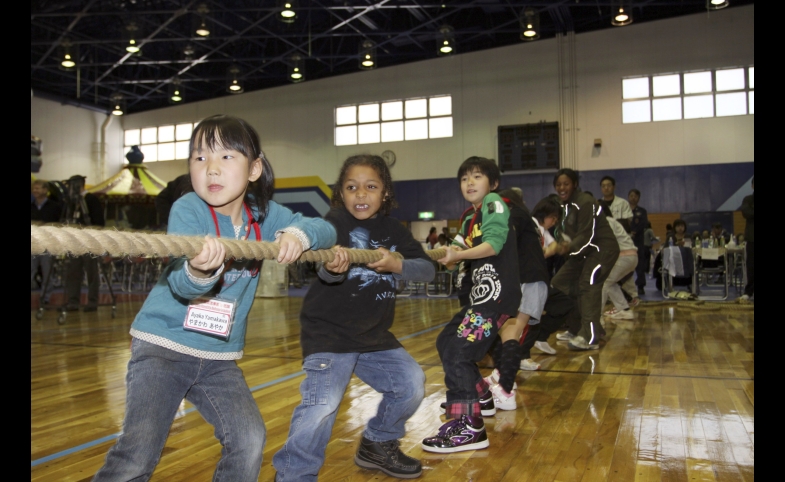 Note from the CPD Blog Manager: The following post draws from a presentation by Kristin Lord at the Global Ties U.S. National Meeting held on February 6, 2015 in Washington, DC. The post is co-authored by Marie Harding, Projects Coordinator at the international education and development organization IREX.

The people-to-people programs run by these organizations are long-used and highly-valued elements of U.S. public diplomacy. They are supported, in principle, by members of both major political parties and successive presidential administrations.

The math is challenging in two respects: the amount of resources available to them and the scope of engagement relative to the need. These challenges must be overcome if people-to-people programs are to thrive in the future.  We suggest a few potential ways to do this.

...Advocates of people-to-people diplomacy need to get creative in order to bring their programs to scale. They need to solve the math problem.

Turning first to the resources: Participants at the Global Ties U.S. event and others like it generally agree that the amount of resources available through the U.S. government is not sufficient to support the number of people whose societies would benefit if they visited the United States and learned more about America’s government, society, and values. There are also not enough resources to reach the number of people who will be in positions of influence (in government, journalism, education, and so on) let alone all those likely to consider doing business, conducting scientific research, or doing public service work that could benefit the United States and the world.

This is a hard truth, but it gets harder still. Unfortunately, we believe that U.S. government resources devoted to people-to-people programs are unlikely to increase substantially in the near future. It is not that people-to-people programs are not valuable or that we do not think funding should increase – far from it. It is that we do not predict a significant increase in support for visitor programs, speaker programs, and other aspects of citizen diplomacy given the major pressures on the foreign affairs budget. There may well be increases, which we would support, but they are unlikely to be at a scale most public diplomacy advocates would hope for.

The second element of the math problem is what we call the “drop in the bucket problem” – the discrepancy between the current level of engagement and the need. Most public diplomacy practitioners understand in the abstract that the scope of this challenge is huge. But, to give a concrete example, let’s assume that the United States can hypothetically increase its programming with Egypt next year by 10,000 people. This sounds like a lot. However, we have to keep in mind that there are approximately 87 million Egyptians, and Egypt is just one of many countries that are strategically important to the United States. Further, there are many factors that influence a person’s global perspective. Even when people do participate in a people-to-people experience and have a positive experience, they go back to their home country – in this case, Egypt – where they are likely going to be overwhelmed with a barrage of information, some or much of which may include views of the world that are at odds with what they heard during their visit.

As a result of these twin challenges, advocates of people-to-people diplomacy need to get creative in order to bring their programs to scale. They need to solve the math problem.

Fortunately, there are several ways to do this even if government funding stays relatively flat:

First, we must find new means to fund programs besides U.S. government resources. Such methods could include developing fee-for-service exchange programs, tapping into foreign donors and diaspora populations, and exploring partnerships with foundations and corporations small and large.

Second, where appropriate, we must find ways to reduce participant costs to allow for more participation. One method to do this is the “piggy-back” method – taking advantage of already-planned travel such as business trips, official delegations, educational trips, and even personal vacations, and adding on programming that introduces people to both America and Americans. We have seen such experiments succeed before. For example, the National Committee on U.S.-China Relations, The George Washington University’s Elliott School of International Affairs, and the Coca-Cola Company partnered for years to give Chinese graduate students (in the country already to study everything from art to engineering, computer science to chemistry) an intensive introduction to U.S. foreign policy, how it is made, how Americans view it, and the incredible marketplace of ideas within the United States that influences it. Armed with this orientation, the students left with a better understanding of the American system and perspective and were able to better interpret news about the United States and its role in the world. In general, they saw far more opportunities to cooperate with the United States and saw the United States as less belligerent towards Chinese interests once they understood how the U.S. system worked.

Finally, we must embrace technology and models for the exchange of ideas beyond physical person-to-person interaction. Though many believe that there is no substitute for an in-person exchange experience, given the challenges outlined above, we need to explore more deeply information technology and media approaches – if not as alternatives, at least as supplements to such experiences. Two powerful examples are the virtual exchange programs of Soliya and the cross-cultural town halls broadcast by America Abroad Media. Through its videoconferencing application, Soliya’s flagship Connect Program brings together students from around the world to engage in substantive, virtual classroom discussions. As a result, they develop a deeper understanding of the perspectives of their international peers as well as skills such as cross-cultural communication, critical thinking, and media literacy. Similarly, America Abroad Media connects foreign audiences with those in the United States for discussions about global issues through its virtual international town halls. These sorts of approaches not only provide opportunities to expand access to people-to-people programming, but also ways to extend relationships with and improve the experiences of people who have already participated in people-to-people programs.

Rather than simply bemoan the inadequacy of current funding, advocates of people-to-people programs need to face the fundamental constraints head on. We are confident they can be successful. Creative, dedicated people across the United States are already experimenting with ways to overcome them. It’s time to bring them to scale.