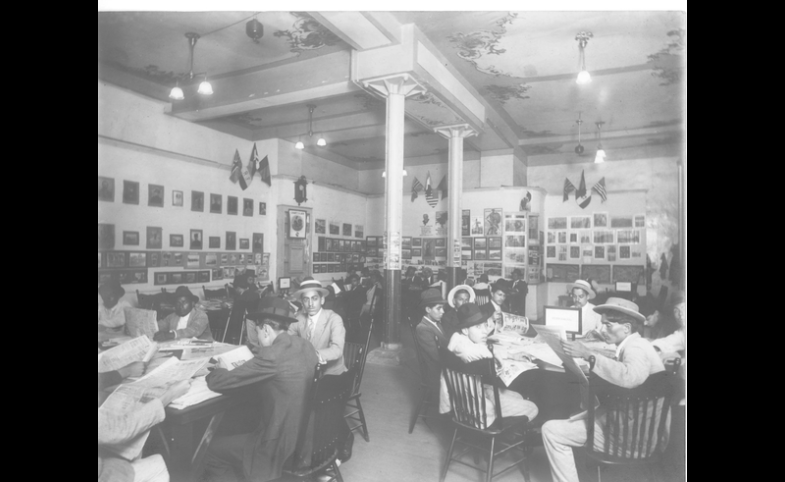 Historical subjects flourish or wither based on the availability of sources. One of the major challenges for historical research in the field of public diplomacy has been the paucity of easily accessible archive materials.  In the case of the United States this was for both legal reasons and because of a certain intellectual neglect. While the Department of State had an excellent historical publication project – best known from its flagship Foreign Relations of the United States (FRUS) volumes, which remain the gold standard of documentary publication -- documents about public diplomacy were annoyingly not systematically incorporated into FRUS volumes until just a few years ago when the office began publishing materials from the second Nixon Administration. On November 25, 2014, the State Department’s historical office has published the first installment of its multi-chapter set of documents on the history of U.S. public diplomacy designed to fill the gap. The new compilation deals with the pioneering work conducted during the First World War by the Committee on Public Information (CPI) under George Creel.

...to allow the teaching of this sub-field to truly flourish what has been needed is a comprehensive and structured publication of the archival record, to make a core of material internationally available as a foundation for research by students and scholars alike.

The deficit in documentation is a story in its own right. Public diplomacy was the responsibility of an independent United States Information Agency from 1954 until 1999, and USIA was severely limited in the materials which it could make available domestically because of legal restrictions under the Smith-Mundt Act of 1948, intended to protect the American people from being ‘propagandized’ by their own government. The law was interpreted in such a way that it took an act of congress to screen a USIA movie to a U.S. audience. The archives have been opening since the early 1990s, revealing a wealth of material and spurring some excellent research including that of Laura Belmonte, Kenneth Osgood, and Giles Scott-Smith and more recently Justin Hart and Jason Parker have opened new avenues to understand the subject. Important work is forthcoming from Sarah Ellen Graham. But to allow the teaching of this sub-field to truly flourish what has been needed is a comprehensive and structured publication of the archival record, to make a core of material internationally available as a foundation for research by students and scholars alike. Such an opening happened some years ago in the field of intelligence studies – with the publication of in-filling volumes of FRUS dedicated to the subject – but public diplomacy history had been largely passed over, until now.

The materials in the new FRUS PD volume will eventually cover the whole period through to 1972. It is exciting to see that the documents will include for the first time film materials. This initial release includes a nine-reel CPI propaganda film called America’s Answer from 1918.

This is especially welcome, not because including film is especially pioneering work.  My colleagues in the International Association for Media and History and other organizations have been building film into foreign policy history for decades. Rather it makes the mainstreaming of this approach and the official endorsement that a clip of film can be as revealing as a diplomatic cable, an administrative minute or any other written documentary form. The film streams nicely but will be difficult to use in class or in research as currently formatted because the inter-titles which explain the images don’t remain on screen long enough to read or even to allow a prof to hit the pause button. Extending these would be a simple fix and would make a great difference. The rest of the documentary set gives an excellent overview of the work of the CPI with the significance of the fifty or so documents well explained by editorial notes. Appendices include some delightful photographs including a shot (pictured above) of a CPI reading room full of readers in straw boaters which will doubtless become part of many future power-point presentations on the evolution of U.S. public diplomacy.

Subjects opened by these specific documents include tactics used in particular countries and the process of inter-allied cooperation on wartime PD (which has not, to date, attracted much scholarly attention). It all helps. Kudos to the Historian’s Office under the leadership of Historian Stephen Randolph and FRUS General Editor Adam Howard for taking on this important and overdue publication task. It will be exciting to see what comes next.