Home|Sony, States, and Cyberwar: Obama’s Misstep in Responding to the Sony Hack 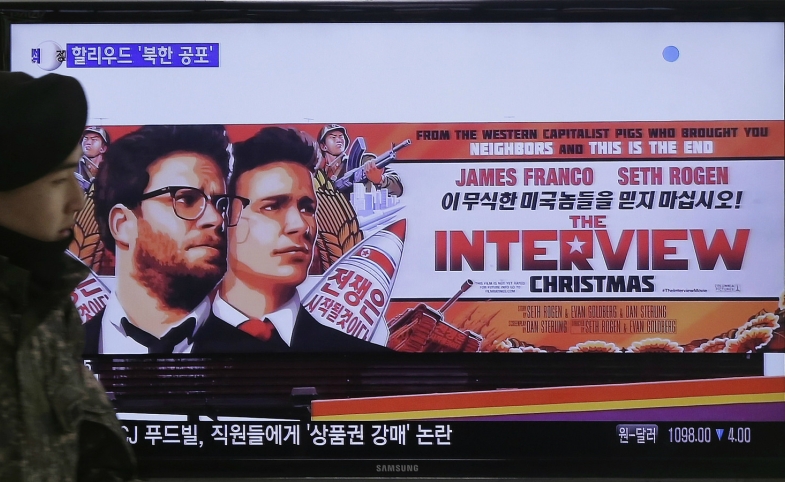 Sony, States, and Cyberwar: Obama’s Misstep in Responding to the Sony Hack

Amongst the many ambiguities and unknowns surrounding “the great Sony hack” of 2014, one thing is clear: a non-state actor was publicly shamed—quite effectively—by a powerful state. Of the hack, Sony senior executive Doug Belgrad declared early on, “It’s the Koreans.” Whether or not history proves him right, the state I’m referring to is not North Korea. Rather, to echo Mr. Belgrad, it’s the Americans.

The hack stirred up a strange, and strangely compelling, cocktail of corporate, public, and international power dynamics that could not have occurred until very recently. The mixture of terrorist threats, off-color email exchanges, marketing meltdowns, and box office high jinx has been a feast for both gossipy online speculation and serious journalism.

To recap briefly: in November of 2014, Sony was brought to its knees by a hack which began with the release of confidential and sensitive information, including some embarrassing email exchanges and several unreleased, finished films. Among these films was The Interview, a comedy about two bumbling reporters assigned to kill Kim Jong-un. For this reason, North Korea was suspected of being behind the hack from early on. North Korea denied involvement, but called the attack a “righteous deed.” The situation culminated with a poorly worded but ominous threat released online by the hackers, stating that if The Interview should be released, “how bitter fate those who seek fun in terror should be doomed to... Remember the 11th of September 2001. We recommend you to keep yourself distant from the places at that time.”

Although the Department of Homeland Security found “no credible intelligence to indicate an active plot against movie theaters within the United States,” most theater chains cancelled showings of the film and Sony publicly pulled it from release on December 17th.

Days later, President Obama gave his year-end press conference and opined that Sony “made a mistake” pulling the film, adding: "We cannot have a society in which some dictator someplace can start imposing censorship here in the United States. Because if somebody is able to intimidate folks out of releasing a satirical movie, imagine what they start doing when they see a documentary that they don’t like, or news reports that they don’t like. Or even worse, imagine if producers and distributors and others start engaging in self- censorship because they don’t want to offend the sensibilities of somebody whose sensibilities probably need to be offended."

Whether or not North Korea was in fact behind the hack, Obama’s characterization of the issues at stake was generally quite accurate. It is anathema to American values to allow “some dictator someplace” (or anyone else) to prevent a movie from being released in the U.S., and it was indeed unfortunate that the film was pulled from theaters.

Still, Obama‘s public criticism of Sony’s decision not to release The Interview was unfair.

The “we don’t back down” stance that Obama suggests Sony should have taken in the face of terrorist threats would be appropriate for him to suggest for the U.S., or another nation, but is wholly inappropriate to expect of a movie studio on its own.

Obama blamed Sony for the fact that the movie was pulled, but the reality is more complex. After the hackers’ threats of violence, various theater chains opted not to show the film. Sony released them from any contractual obligations to do so. It was only after the major theater chains rejected the film that Sony “cancelled” the release of the film. Sony’s choice was made for them.

It is easy to villainize Hollywood players. There is a profitable corner of journalism built on doing so. Much of the online noise about the incident reeked of gossip and schadenfreude towards a company which was actually the victim of an attack.

The hack stirred up a strange, and strangely compelling, cocktail of corporate, public, and international power dynamics that could not have occurred until very recently. The mixture of terrorist threats, off-color email exchanges, marketing meltdowns, and box office high jinx has been a feast for both gossipy online speculation and serious journalism.

A private corporation is in no position to risk the mass murder of its customers for the sake of politics. Where there’s a threat of a terrorist attack, it is a government’s role to act, not a movie studio’s.

Let’s imagine for a moment that rather than a cyberattack, the attack was physical. What if on The Interview’s opening night, snipers were positioned outside theaters and made it known that if people attended, they would shoot? Of course, government agents would have rushed to the scene. The studio and the theater chains would never be expected to handle the situation on their own, by Obama or anyone else.

The analogy is less extreme than it may sound. Cyber warfare and hacking are likely to increase in frequency, sophistication, and severity as every aspect of public and private business becomes more and more digitized. In fact, the USC Center on Public Diplomacy called “the rise of digital warfare” the number one public diplomacy story of 2014, noting that “supporters of both Israel and Hamas took to social media to galvanize their virtual troops, a Twitter-based hashtag battle arose between the U.S. and Russia after recent events in Ukraine, and ISIS employed social media for recruiting purposes...” Since the hack, Obama himself acknowledged this, calling on Congress to pass new legislation to strengthen cybersecurity for individuals, the government, and private corporations.

After calling Sony out for their “mistake,” Obama said he “wished they had called me.” Instead of expecting Hollywood players to give POTUS a ring, and even condemning them for erring on the side of caution, the Obama administration should have acted to keep Sony employees and customers safe, just as they would have if there had been a physical attack.

The Making of Two "Heroes"

If denuclearization doesn't come from the Trump-Kim Summit, what will? Dr. Alan Chong, associate professor at the S. Rajaratnam School of International Studies in Singapore, has published a commentary article titled...