Home|Talking for, Not Listening to: A Failure of Australian Public Diplomacy 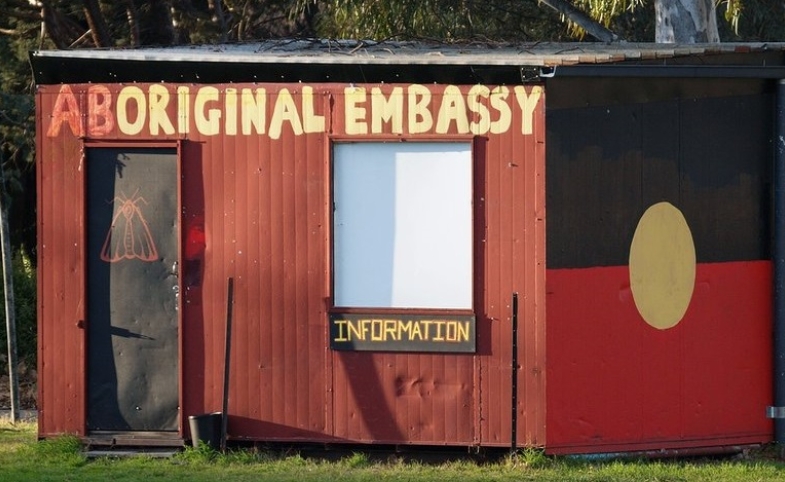 The author dedicates this article to the Kombumerri People, Traditional Custodians of the Gold Coast.

With the Commonwealth Games now behind us, global audiences have been awe-struck by the beauty of Australia’s beaches, our inclusive national identity and the prosperity of Australia’s First Nation peoples. We know how to flex our soft power assets internationally. But now, it’s time for Australia to sit down and face the facts…We lied.

Despite massive inequality and a failure to recognize indigenous Australia’s needs, the Australian government—while refusing to engage in dialogue—sports successful reconciliation and exploits indigenous culture for tourism purposes.

As such, this is what the world now sees when they think of Australia, according to the Department of Foreign Affairs and Trade (DFAT): “Australia is a modern, contemporary society with high levels of ethnic diversity and social harmony.”

During the Games, Australia developed and employed a series of public diplomacy strategies that sought to best utilize the international spotlight. Alongside city branding—with the Gold Coast as the perfect holiday destination—the Commonwealth Games were used as a conduit for repair history, which sought to brush under the rug a long history of aboriginal Australian oppression. In short, they promoted a narrative of “ethnic diversity and social harmony” that in reality is absent in today’s Australia.

In June 2018, I spoke with a Kombumerri clan Traditional Custodian, a descendant of the Indigenous nation that traditionally subsisted in the region. She shared a sobering viewpoint: “I do not think their sudden interest in local aboriginal culture was genuine but rather an opportunity to display to the world Australia as being an aboriginal-loving nation, which is far from reality… Australia is quick to jump at the opportunity to exploit Indigenous culture for tourism purposes.”

Without listening to the aboriginal communities on the ground, how can we adequately develop policy that is representative of indigenous Australia’s needs?

As described by Joseph Nye, public diplomacy is a "two-way street," and by leaving aboriginal communities without a voice of empowerment, we fail to implement the dialogue that is so integral to the effectiveness of public diplomacy. Although there were attempts to develop lines of communication between indigenous elders and event organizers—primarily through the establishment of a Yugambeh Elders Advisory Group and Indigenous Working Group—according to the Kombumerri Traditional Custodian I spoke with, many in the local communities found these groups to be rather tokenistic and ceremonial.

Perpetuating this issue of indigenous exclusion within policymaking, DFAT’s narrative of reconciliation and cultural equality undermines the social movements fighting for aboriginal equality. When the Australian government tells the public that “aboriginal communities are recognized and are supported,” the legitimacy of indigenous rights groups is put to question. Why would the public bother to fight for the rights of an already equal people?

Hence, by broadcasting these narratives of inclusivity and indigenous reconciliation, Australia once again demonstrates that it is not yet ready to face the music and recognize the failure of both our public diplomacy strategies and the exclusive political culture behind it.

Fighting for a Voice, the Stolenwealth Games Movement

In opposition to this inherent lack of discourse between policymakers and the indigenous communities that they affect, in April 2018 activists took to the Gold Coast streets in an attempt to make their position clear: the narrative needs to change.

Uncle Wayne Coco Wharton from Western Australia headed the indigenous movement to boycott the games. Asserting that the protesters were using the games as a platform to raise awareness for indigenous issues, as leader of the Stolenwealth Games movement he demanded, "We are calling on every other nation that has come here as part of the Commonwealth that they have a responsibility to leave something positive."

The protestors also called for the creation of a “truth commission” and greater political representation on issues affecting their communities. The need for such movements evidently demonstrate the previously mentioned lack of listening on behalf of the Australian government and its public diplomacy strategy. While discussing such issues of aboriginal empowerment, a member of the Dunghutti clan reinforced this sentiment, stating to me in a personal interview: “Our voices are very seldom heard and taken seriously.”

Yet despite the necessity for such protests in the fight for indigenous recognition, an inflammatory subject matter and radical protestors usually ensure that these attempts toward dialogue rarely succeed. There is no better example than that of the Stolenwealth Games rallies which unfortunately led to clashes with police and consequently contributed to worsening indigenous-government relations. If proper measures were introduced by the government that would allow for two-way communication, these unfortunate events would likely not have occurred.

The issues affecting First Nation communities have not been addressed, and they shall continue to go unanswered unless the government takes the first steps in developing the tools of dialogue that are taken for granted by the majority of white Australians. Without listening to the aboriginal communities on the ground, how can we adequately develop policy that is representative of indigenous Australia’s needs?

The current public diplomacy strategies employed are alienating, untruthful and perpetuate declining representation and relations between indigenous communities and the broader Australian society.

In April 2018, Eddie Synot, an indigenous academic lawyer, reflected on this sentiment as he emphasized the discrepancy between the DFAT narrative and the realities of indigenous Australians: “There remains a gaping chasm between the use and representation of Indigenous people and culture through official programs of reconciliation such as the Commonwealth Games opening ceremony, and the reality of Indigenous lives.”

Taking away from these lessons, the government could implement a strategy of dialogue that aims to listen to First Nation issues instead of blindly acting on behalf of these communities. Australia could act and finally create the Truth Commission called for by indigenous Australian protesters. Australia could promote the empowerment of aboriginal communities and give them a voice in policy that represents the First Nations.

But as has always been, months will go by, these issues will be forgotten, and in the end, Australia will not act.

In this space on August 27, 2013, I wrote about the senseless murder of an Australian student-athlete who was studying in Oklahoma and how the incident caused the former deputy prime minister, Tim Fischer, to caution...

The recent senseless shooting of Christopher Lane, an Australian student athlete who was on a baseball scholarship at a small Oklahoma state university, is so sad and disturbing that it shakes our souls. It is hard to...