Home|U.S. Image Drops to Record Lows in Many Countries 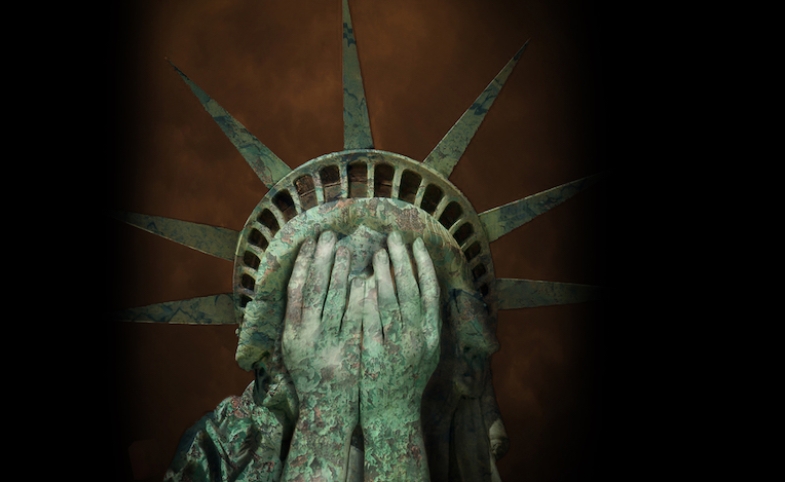 U.S. Image Drops to Record Lows in Many Countries

America’s global image has suffered in recent years amid widespread opposition to U.S. President Donald Trump and many of his policies. Trump has consistently received significantly lower ratings than his predecessor, President Barack Obama, and overall ratings for the U.S. declined in regions across the globe following Trump’s election. And, as a new 13-nation Pew Research Center Global Attitudes survey shows, America’s image has deteriorated further over the past year – at least in part due to the widespread perception that the U.S. has handled the coronavirus pandemic poorly. In fact, in several nations that are key U.S. allies and partners, the share of the public with a favorable view of the U.S. is as low as it has been since the Center began polling on this subject nearly two decades ago. 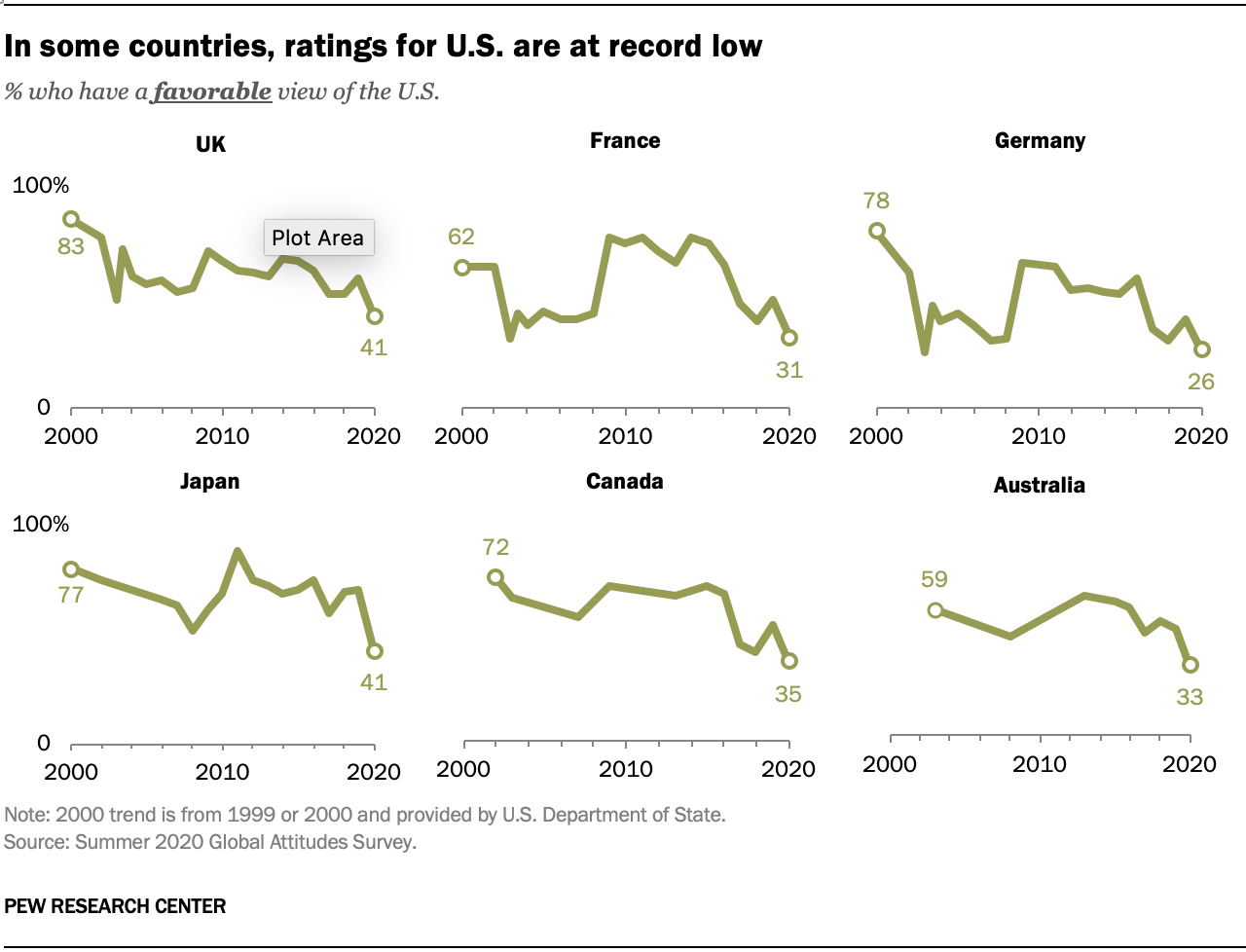 For example, just 41% in the United Kingdom express a favorable opinion of the U.S., the lowest percentage registered in any Pew Research Center survey there, while in France and Germany ratings for the U.S. are essentially as low as they were in a March 2003 survey conducted at the height of U.S.-European tensions over the Iraq War.

Ratings for President Trump have also declined in most nations surveyed, dropping significantly from the already poor marks he received in 2019. In France, Germany, Denmark and Belgium, only about one-in-ten express confidence in Trump to do the right thing in world affairs. He gets his best reviews in Japan – still, just one-in-four Japanese say they have confidence in the U.S. leader. 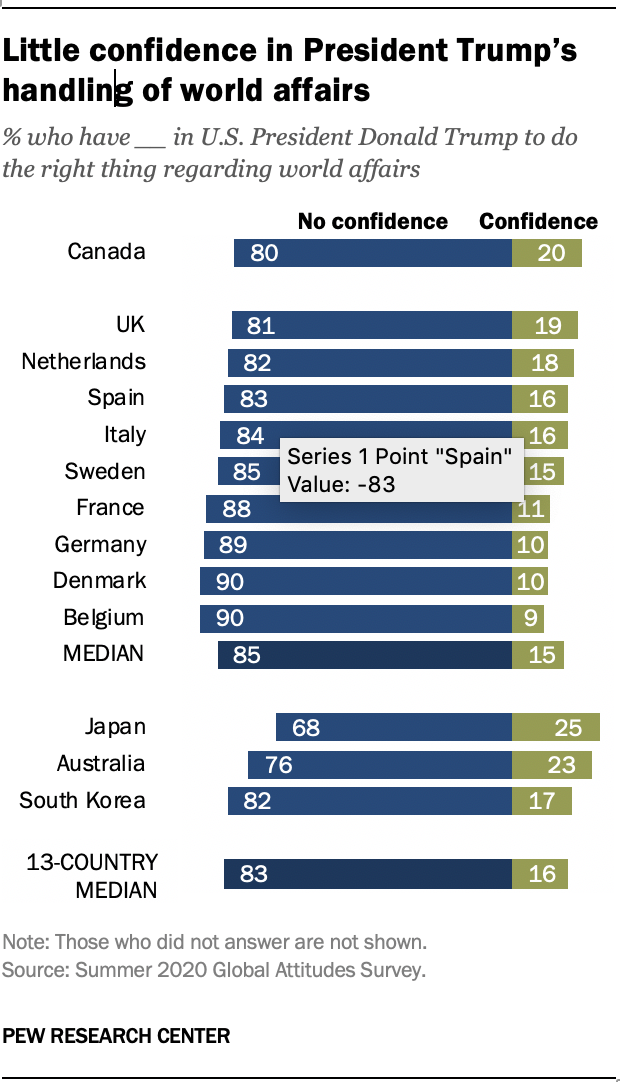 The publics surveyed also see Trump more negatively than other world leaders. Among the six leaders included on the survey, Angela Merkel receives the highest marks: A median of 76% across the nations polled have confidence in the German chancellor. French President Emmanuel Macron also gets largely favorable reviews, with a median of 64% voicing confidence in him. Slightly less than half (48%) give British Prime Minister Boris Johnson a positive review. Ratings for Russian President Vladimir Putin (23%) and Chinese President Xi Jinping (19%) are quite low, although not as negative as those for Trump (16%).

Research in previous years has found that negative opinions of Trump are driven both by opposition to his policies and views about his personal leadership characteristics. For instance, the Trump administration’s withdrawal from the Paris climate accords and its withdrawal from the Iran nuclear deal have been unpopular among international publics. His policies on immigration – such as building a wall on the border with Mexico and making it more difficult for immigrants to enter the U.S. – have met with widespread opposition. Regarding his personal characteristics, publics around the world have described Trump as arrogant, intolerant and dangerous.

This year’s survey finds that America’s image has declined a result of how the U.S. has handled the coronavirus pandemic. Across the 13 nations surveyed, there is no country in which more than one-in-five say the U.S. had done a good job of dealing with the outbreak. In contrast, most say the World Health Organization (WHO) and European Union have done a good job, and in nearly all nations people tend to give their country positive marks for dealing with the crisis, although the UK is an exception (we also asked this question in the U.S. and it too is an exception). And while relatively few think China has handled the pandemic well, it still receives considerably better reviews than the U.S. Previous Pew Research Center surveys have found that the U.S. has a strong reputation for its scientific achievements, but when it comes to the current public health crisis, overwhelming majorities believe the U.S. has performed poorly, and this has had a negative impact on the country’s overall reputation. 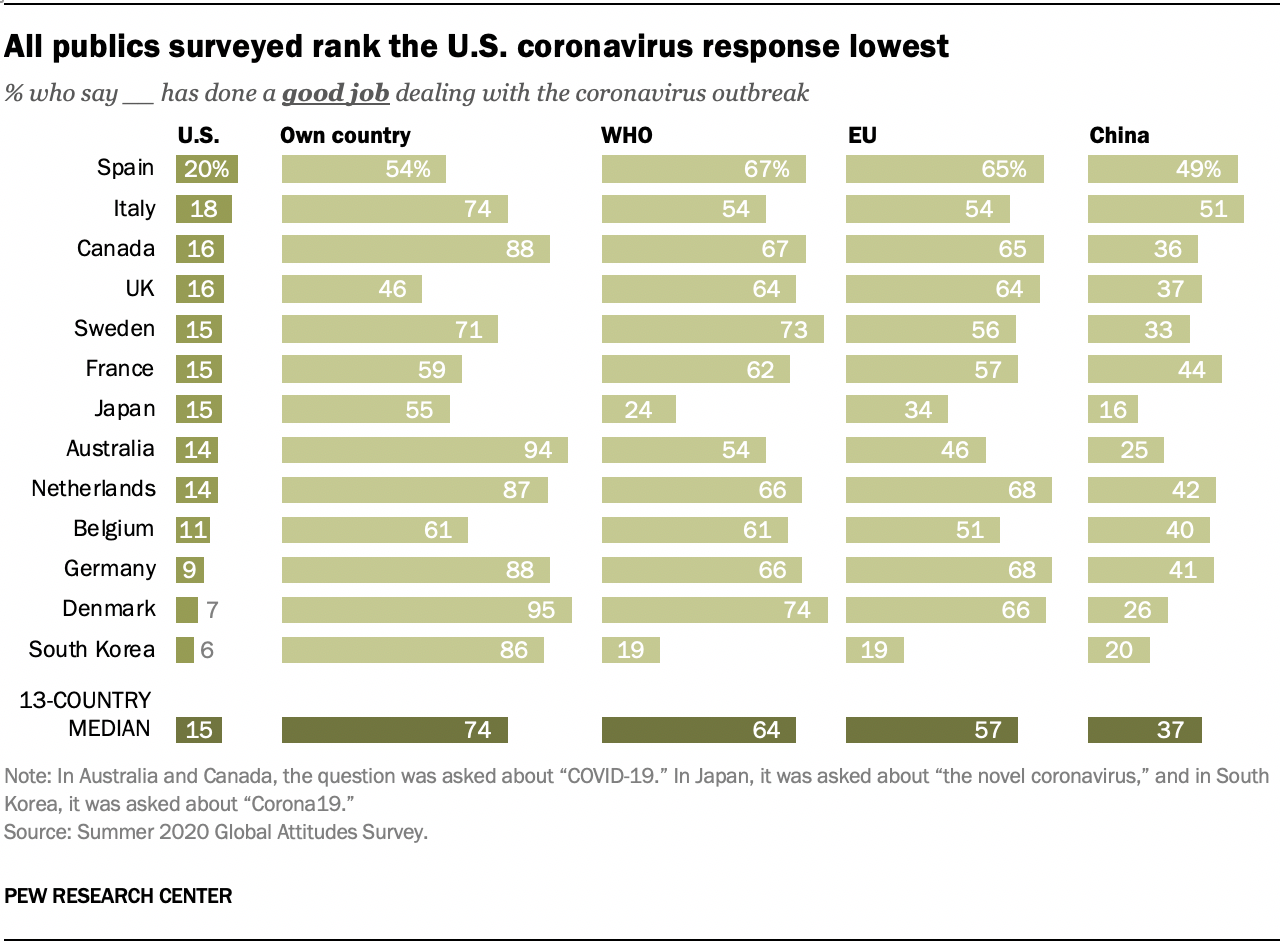