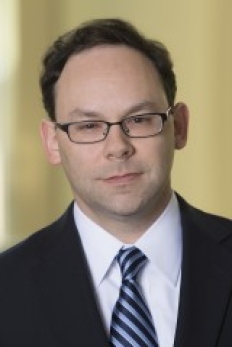 Richard Wike is director of global attitudes research at the Pew Research Center. He conducts research and writes about international public opinion on a variety of topics, including America’s global image, the rise of China, and views in predominantly Muslim nations. Previously, he was a senior associate for international and corporate clients at Greenberg Quinlan Rosner Research. Wike received a doctorate in political science from Emory University. He is an author of numerous Global Attitudes Project releases, including studies on international views of the U.S., the Arab Spring, and social networking around the world, as well as public opinion in China, Pakistan and Egypt. In addition, he has written pieces for Foreign Policy, BBC, CNN, CNBC and other online and print publications. Wike has been interviewed by American news organizations such as The Wall Street Journal, The Washington Post, NBC, CNN, C-SPAN, NPR and more. He has also been interviewed by numerous non-U.S. news organizations, including The Financial Times, The Guardian, El País, BBC, Deutsche Welle, France 24 and Al Jazeera among others. Wike gives talks and presentations to a variety of audiences, including government, think tanks, business groups, and academic conferences.