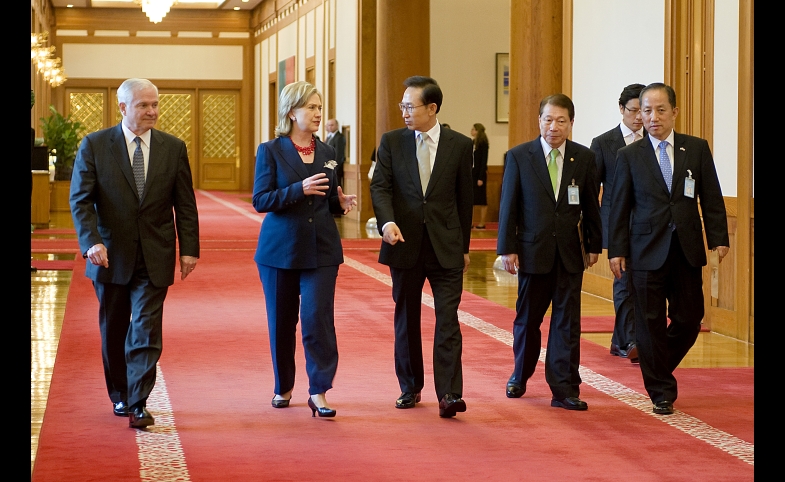 I had just arrived in London, December 2008. I was jetlagged and exhausted but excited as I was due to attend a conference at Ditchley Park . Ditchley is a very special place for those fortunate enough to be invited to attend. Each year there are several intimate, invite-only seminars dedicated to international issues where attendees from all over the world – a mix of government and private sectors -- come together to deep think and vigorously debate key global issues of the day. The proceedings are then reported back to the UK Foreign Office. The sheer weight of history looms large at Ditchely where Churchill went before and during the Second World War to strategize with key advisors. It is always a privilege to be included in such gatherings and I was brimming with anticipation. I was greeted at the airport by a driver who would take me out to the grand estate, which is tucked away about an hour or so outside of London. That morning President Obama had announced his decision to appoint Hillary Clinton as Secretary of State. I remember being shocked by the announcement, as they had been such rivals during the election. I was also deeply impressed, as Hillary is known to be a “workhorse” from her time in the Senate and a sharp, take-no-prisoners negotiator, particularly on issues she is passionate about. I asked my driver what he thought of the appointment, thinking surely he might have a similar reaction to mine. He paused…took a deep sigh…and stated in a thick English accent, “The madam wears pant suits.” I was stunned. Of all the things that he could have said about her career and accomplishments, it all came down to the pant suits? Sensing my disappointment in his answer, he clarified, “The madam is no diplomat.” I am rarely, if ever, at a loss for words – as many of my friends and colleagues can attest – but in this moment I was completely and totally silenced by my shock. My brain fixated not only on his remarks but also on the wardrobe choices I had selected for this trip and clearly should have re-thought – no less than three pant suits and one formal evening pant suit. My pant suits aside, the conference at Ditchley was an inspiring and successful three days; however I did notice, as typically, that I was one of only a handful of women in a room filled with distinguished foreign policy and international affairs experts.

That story has stayed with me as I’ve watched Secretary Clinton embrace her role as Secretary of State. Republicans and Democrats alike think highly of her efforts and work ethic. As she visits Latvia this week, she goes down in history as the most travelled Secretary of State, having visited 100 countries in her tenure. She is celebrated everywhere she goes for being an empathetic listener and a fully engaged diplomat. I was also reminded of this story recently when I read Anne-Marie Slaughter’s essay Why Women Can’t Have it All  in The Atlantic. Slaughter was Secretary Clinton’s head of Policy Planning at State for two years before deciding to return to Princeton to better balance motherhood and her career. I have long admired Slaughter for being a leading, passionate voice in foreign policy and global issues writ large. Like Secretary Clinton, she not only talks the talk but walks the walk. And I’m almost certain on most days, she too wears pant suits. Slaughter’s essay unleashed a firestorm of commentary on the role of women in the workplace and, in particular, women in global careers. And though most focused on the issues she raised regarding parenting and work-life balance, several picked up on the lack of women in leadership roles throughout the international affairs arena.

"The state of the American brand is abysmal, the U.S. Government is broadly seen as passive, reactive and ineffectual, and the private sector has been so preoccupied with the compounding economic crises that collective,...

Roadmap to 50x50: Power and Parity in Women’s Leadership

Where are women in governments around the world? How much power do they hold? How did they get to their positions of leadership? The Global Women's Leadership Initiative Index is the first-of-its-kind tool that...