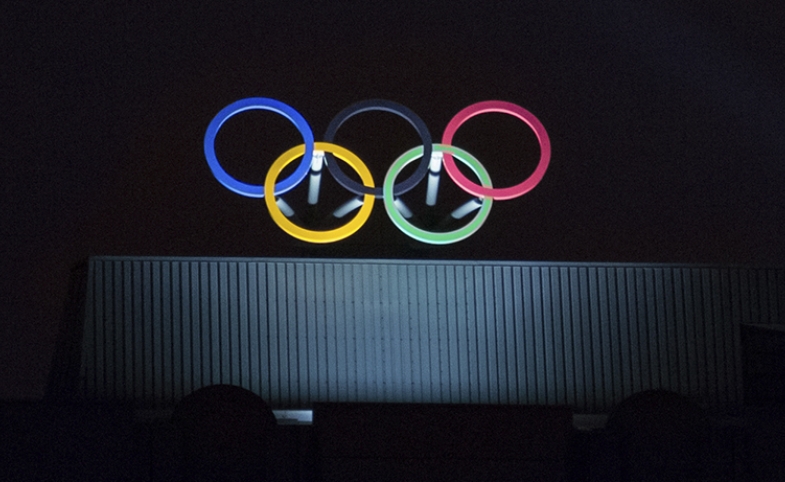 In my first academic article on Tokyo 2020 published in Place Branding & Public Diplomacy, I discussed some of the short-term and long-term implications of COVID-19 on the Olympic Movement and how the pandemic changed the narratives of the Tokyo 2020 Olympic Games. The Beijing 2022 Winter Olympic Games should be viewed and analyzed not only through the lenses of the pandemic, but through China’s overall nation branding and public diplomacy strategy, including establishing its dominance by President Xi Jinping’s vision of becoming the biggest domestic sports economy in the world by 2025. If the Beijing 2008 Olympic Games were a power move by the Chinese government of having China open itself to the world and showcase China’s potential and industrial development, the Beijing 2022 Winter Olympic Games are meant to cement Beijing as Olympic royalty—the only city to host both summer and winter Olympic Games—and China as a global powerhouse. Political boycotts by Western countries, criticism over human rights abuse of Uyghurs, or dividing Beijing and hosting the Olympic Games under dystopian conditions are a small price to pay.

In the build-up to Beijing 2022, Western media and human rights organizations often accused China with sports-washing—a term often used to describe authoritarian use of sports to cover up or launder their image from human rights violations through hosting mega sports events, or sponsoring or purchasing popular Western sports teams.

The criticism against China includes accusation of genocide of the Uyghur Muslim minority, human rights abuses in Tibet and Hong Kong, military threat over Taiwan and being an “Orwellian surveillance state.” The world of sports joined the criticism especially in relation to the safety and freedom of tennis player Peng Shuai, who accused a high-level Chinese official of sexual assault, and her well-being has been in question since. But, if anyone expected that the Opening Ceremony of the 2022 Beijing Olympic Games would be as somber as the one last summer in Tokyo, or even apologetic, that would not be the case.

Despite all the challenges and controversies, the Beijing 2022 Winter Olympic Games are still a mega-event that states and other stakeholders try to use for nation branding and public diplomacy goals.

President Xi and the Chinese Communist Party have consistently denied the accusations, and the Opening Ceremony could be seen as a direct act of defiance against the diplomatic-boycotting West, with International Olympic Committee (IOC) President Thomas Bach saying “give peace a chance,” performers skating in the Bird’s Nest Stadium to the sound of John Lennon’s "Imagine," children singing the Olympic Hymn in Greek and a Uyghur athlete lighting the flame. All while Vladimir Putin comfortably supports from the VIP stand. Despite the peaceful rhetoric of an Olympic Truce, the tension between Russia and Ukraine has not been reduced, especially as there are historical precedents of Russian troops invading Georgia during the Beijing 2008 Olympic Games and Russia annexing the Crimean Peninsula from Ukraine parallel to hosting the 2014 Paralympic Games in Sochi.

The accusation against China also backfired against the West. The question of sports-washing is often contested with whataboutism. During the 2022 Winter Olympic Games, Los Angeles—host of the 2028 Summer Olympic Games—will host the Super Bowl, an event often associated not only with American consumption and capitalism but also with American nationalism and militarism. The Department of Defense paid millions to NFL teams for patriotic displays as a recruitment tool. England, who also joined the diplomatic boycott of the 2022 Winter Olympics as part of Great Britain, will host the Commonwealth Games in Birmingham in the summer of 2022—a quadrennial international multi-sport event criticized and even ridiculed for celebrating a history of British imperialism. Thus, the idea that some countries are allowed to use sports for nation branding and public diplomacy, and others are criticized for it, is very much contested.

From a public diplomacy, corporate diplomacy and even people-to-people diplomacy perspective, the United States finds itself in a lose-lose situation when the White House criticizes China yet American companies capitalize on the Beijing 2022 Winter Olympic Games by broadcasting or sponsoring them. With NBC investing hundreds of millions to broadcast the Olympic Games, American companies in The Olympic Partner Programme financially sponsoring the IOC and Games, and the U.S. hosting the Summer Games in 2028 and perhaps planning a bid to host the Winter Games in the 2030s, corporate America has been silent amid Chinese human rights violations. This is in contrast to American brands taking a stand on domestic social issues such as Black Lives Matter and #MeToo, and a wave of athletes’ activism that manifested in easing protest regulations in the Tokyo 2020 Olympic Games. While some athletes such as NBA player Enes Kanter Freedom have been vocal about Chinese human rights violations, many stakeholders in American sports have been reluctant to speak out.

The commercial relations between American broadcasters and sponsors and the Olympic Movement even leads organizing committees to adjust their schedule to fit the preferences of the American market, so American TV audiences can watch their favorite athletes and events such as Shaun White, Mikaela Shiffrin, Nathan Chen and Chloe Kim live on American primetime.

By staying quiet or focusing on universal values or personal messages and supporting the Olympic spirit, hard work, grit and overcoming obstacles, American corporations, organizations or even individuals, avoid the financial backlash of upsetting the Chinese market and the IOC, and as a result have been criticized for hypocrisy about social justice and for prioritizing commerce over principal.

Despite all the challenges and controversies, the Beijing 2022 Winter Olympic Games are still a mega-event that states and other stakeholders try to use for nation branding and public diplomacy goals, as around 2,900 athletes representing 91 countries take part in the competitions, which are broadcast globally to over 200 countries and territories. The international tension, along with growing criticism, backlash and resistance from local communities against the Olympic Movement by local communities and NGOs emphasize the dissonance between the peaceful ideals the movement preaches and their manifestations. With the rivalries and backlashes between nations, organizations and individuals going well beyond the athletic battlefield, the Beijing 2022 Winter Olympic Game might exaggerate or even give a new interpretation to George Orwell’s famous analysis of the sporting spirit being "war minus the shooting."

In one of the most amusing parts of the closing ceremony of the 2016 Olympic Games in Rio de Janeiro, Shinzo Abe, then-prime minister of Japan, promoted the Tokyo 2020 Olympic Games coming out dressed as Super Mario, a...

Culture, Exchange and Equality at the Tokyo Olympics

Editor's Note: This piece is part of a CPD project tracking recent developments in public diplomacy related to Japan. Japan has seen the challenges of the COVID-19 pandemic and the sexism scandal within its organizing...