Home|Live From the Games: Country Image and the Changing Narratives of Tokyo 2020 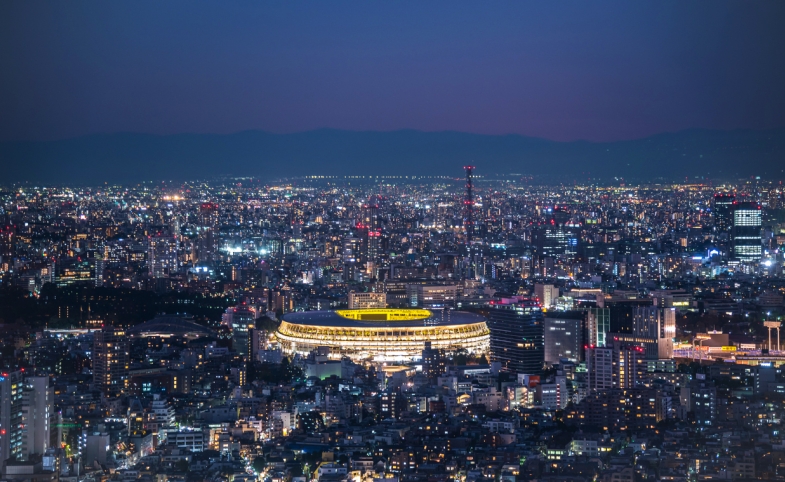 My project as a CPD Research Fellow focuses on the term I coined, “sport-tech diplomacy,” in the context of the Tokyo 2020 Olympic Games. I have been in Tokyo since the beginning of the Olympic Games, and as they reach the last days of competitions, perhaps it is time to point out some emerging issues related to place branding, public diplomacy and country image. CPD Research Fellows Alexander Buhmann and Diana Ingenhoff break down a country’s image into a four-dimensional model including the functional dimension, the normative dimension, the aesthetic dimension and the sympathetic dimension. I will use their model to frame some thoughts of Japan and the 2020 Olympic Games based on the first week or so of competitions.

To analyze the Tokyo 2020 Olympic Games, one needs to understand the context in which the Games are held and framed. When Japan won the bid to host the Games, beating Madrid and Istanbul in 2013, the focus was around recovery from the deadly 2011 Tsunami and the following Fukushima nuclear disaster. Using the Games for recovery is a narrative that host cities and the Internatioal Olympic Committee usually embrace, as it can show some tangible and intangible legacies. Yet, with the outbreak of COVID-19 and the postponement of the Games in the spring of 2020, the narrative changed to the Games becoming a victory of humanity over the pandemic. Yet, as Japan’s vaccination rate was not up to speed, the narrative changed as well, now emphasizing the importance of having the Games for the sake of the athletes and of continuity, although Japanese fans were not allowed to attend.

It is important to recognize the shift of the framing of the Games to understand some of the nation branding and public diplomacy initiatives and attempts. While the “Recovery and Reconstruction Games” were not the dominant narrative, part of the Main Press Center (MPC) was dedicated to connections between sports and recovery from the disaster. The thousands of accredited journalists who visited the MPC frequently were exposed to an exhibition in which the Japanese thanked or recognized different countries that were involved in the recovery. 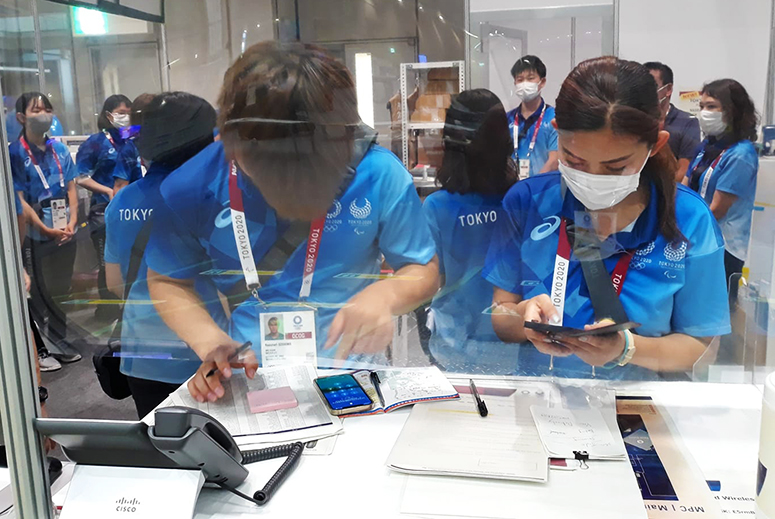 Regarding the narrative of beating the pandemic, this is where perhaps the Japanese image and soft power took the most significant hit. Japan had a relatively promising starting point fighting the pandemic. Geographically Japan is an isolated island. The government recognized the pandemic early and took measures. There is a collectivist culture. People are used to wearing masks, and it is one of the most technologically advanced countries in the world. Thus, to go in and out of a state of emergency through the preparations and ending up not only not having international fans and out-of-state tourists but also holding the Games without local fans left a negative image of the functional dimension of the country’s image. Much of that was due to the slow vaccination rates, which can also be explained through multiple reasons, including over-relying on a mask-wearing culture and a long bureaucracy of validating the effectiveness of vaccines, which were approved at speed rates in the United States and Europe.

Through the pandemic, there was much local and international backlash against hosting the Games. There is much doubt whether people still want to host the Olympic Games, as when bidding cities conduct a referendum usually the residents vote against hosting, resulting with the IOC changing their selection process. There are “No Olympics” movements and groups in bidding and hosting cities. The protests against the Tokyo Olympics gained momentum as the pandemic grew. Japanese people and residents of Tokyo consistently voted against the Games in different polls, international media reported the growing protests, and even official sponsors started to be reluctant of fully leveraging the Games for exposure. The decision to host the Games during a pandemic without local fans contributed to the growing criticism of not cancelling the Games, and to protests against prioritizing revenues over public safety. Such messages put into question Japan’s normative dimension.

Japanese volunteers have so far been a glowing light, showing through people-to-people diplomacy the resiliency and openness of a country that is hosting a global celebration during a time of crisis.

The Games were held under very close supervision. Accredited stakeholders needed to take several COVID-19 tests before boarding the plane, at the airport, in the first days upon arrival and then on a regular basis in Japan according to their role in the Games. Movement was restricted only to sanctioned venues by the organizing committee, a phone application monitored your movement and condition, and even to go out of the hotel to the nearby grocery store one needed to alert the security guard at the lobby and had a 15-minute window to come back. Such measurements might have reduced some of the safety risks, but they also prevented Japan from showcasing its full potential. Not being able to travel to tourism destinations, be exposed to different Japanese products or technologies, or even to have limited access to the Japanese cuisine prevented Japan from its full branding potential and from using cultural diplomacy and gastrodiplomacy to improve the aesthetic dimension of the country.

Yet, if there is one component that I was impressed by, it is the Japanese volunteers. I have covered or researched four summer Olympic Games as an accredited journalist (Beijing 2008, London 2012, Rio de Janeiro 2016, and Tokyo 2020), and the young Japanese volunteers consistently demonstrate a positive spirit, a can-do attitude, and a neverending willingness to help. At the media bus stop, at the venues or anywhere in between, Japanese volunteers have so far been a glowing light, showing through people-to-people diplomacy the resiliency and openness of a country that is hosting a global celebration during a time of crisis.

Lastly, country image, nation branding and public diplomacy do not apply only to the hosting country of course. There are ample components worth recognizing in the first half of the Games, from countries naturalizing athletes on one end, through the agency of individuals and collective groups. Whether it is through pre-competition protests such as several football teams taking a knee influenced by the Black Lives Matters Movement, or Simone Biles deciding to withdraw from several artistic gymnastics competitions due to mental health reasons, athletes are taking more ownership on their decisions and executing their power.

According to Buhmann and Ingenhoff, the functional, normative and aesthetic dimensions construct the sympathetic dimension and the general feelings toward a country. The Tokyo 2020 Olympic Games are not over yet, and every day embodies a rollercoaster of emotions and ample major and minor incidents and events that have multiple impacts on a variety of stakeholders. Yet, it is safe to say that even through country image, nation branding and public diplomacy lenses, these Games are like no others.

The latest issue of CPD Perspectives on Public Diplomacy demonstrates the use and value of an integrated country image measurement instrument by CPD Research Fellow Diana Ingenhoff and Jérôme Chariatte. In...