Home|Culture, Exchange and Equality: How Tokyo 2020 Is Crafting Its Legacy 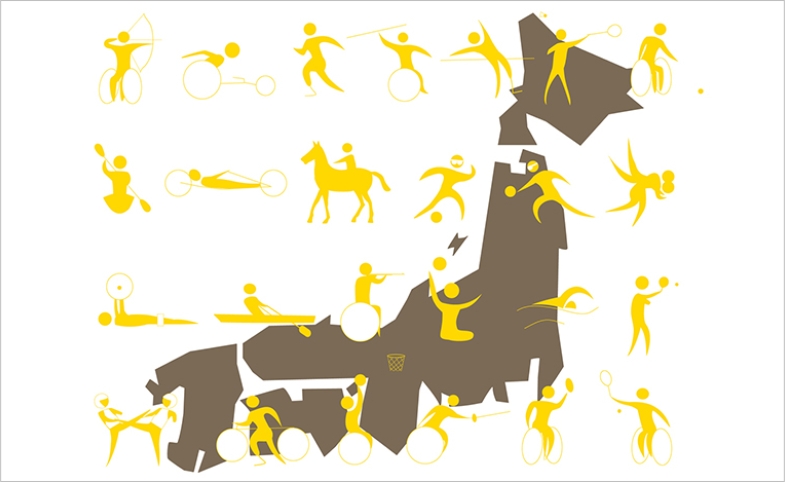 Note from the CPD Blog Manager: This piece is part of a CPD project tracking recent developments in public diplomacy related to Japan.

In the lead up to the Tokyo 2020 Olympic Games, Japan viewed the challenges of the COVID-19 pandemic and organizing committee sexism scandals as opportunities to forge new legacies. Tokyo 2020 aims to make history through its host town initiatives, new sports programming and gender equality advocacy.

Even without international spectators physically present at the games, Tokyo 2020 still offers opportunities to showcase Japanese culture on the world stage. Olympic broadcasts will attract television audiences from around the world. Moreover, even in a limited capacity, international athletes competing in the games have the chance to engage in citizen exchanges and to witness Japanese culture firsthand. Throughout preparations for the Olympic Games, it has been Japanese citizens that have played a key role in finding ways to promote Japanese culture to global audiences, both in ways large and small.

Japan’s Host Town Initiative promotes exchanges between Japanese citizens and Olympic and Paralympic Games participants from around the world. In addition to sports, program participants can engage in activities related to local music, festivals, dance and food. A nationwide initiative, local governments could join in for sports and cultural exchanges with the intent of building connections that last well beyond the Games. The Host Town Initiative is the first of its kind in the history of the Olympic and Paralympic Games.

As of May 2021, 528 local governments were registered as Host Towns, and 184 countries and regions had registered as counterparts. While towns throughout Japan had planned on hosting Olympic athletes for training camps in the lead up to the games, many of these exchanges have been canceled. However, some Host Town Initiatives have carried on, such as the town of Ota’s hosting of the Australian softball team, though with alterations to its cultural exchanges. Many locales, including Nagasaki Prefecture, intend to hold remote international exchanges instead.

Sports and the Athletic Experience

Tokyo 2020 marks five additions to the Olympics program: baseball/softball, karate, skateboarding, sport climbing and surfing. With these additional sports bring opportunities for certain towns to showcase their unique qualities to international audiences. Ichinomiya, a major surf town in Chiba Prefecture, will host surfing’s Olympic debut. Local officials look at it as an opportunity to raise the town’s profile while elevating perceptions of surfing as a competitive sport.

Throughout preparations for the Olympic Games, it has been Japanese citizens that have played a key role in finding ways to promote Japanese culture to global audiences, both in ways large and small.

Olympic athletes will interact with aspects of regional Japanese culture throughout their experiences during the games. The athletes’ village will promote Japanese culture and values, showcasing cooking ingredients from all 47 Japanese prefectures and promoting sustainability. The Tokyo Olympic organizing committee held a recipe contest for dishes to be served in the athletes’ village, the five winning recipes including traditional Japanese summer meals and dishes from northeastern Japan and Hokkaido.

The medal ceremony will include certain aspects of Japanese culture such as traditional attire. Floral grower Yukari Shimizu of Namie, in Fukushima prefecture, has been growing thousands of flowers that will be included in victory bouquets during Olympic medal ceremonies.

Seiko Hashimoto, who became the Tokyo Olympic Organizing Committee President in February 2021, is the second woman to hold the title. On International Women’s Day, the IOC announced that Tokyo 2020 will be the first-ever gender-balanced Olympic Games in history.

High-profile moments within the games, such as the Olympic Oath, have been re-envisioned to symbolize gender equality. Each team had the option of naming joint flagbearers, rather than just one. In the final moments of the July 23 opening ceremony, it was tennis star and gender equality advocate Naomi Osaka who lit the Olympic cauldron.

As stated by Governor of Tokyo Yuriko Koike, “We would like to make these Games an opportunity for the concepts of diversity and respect for human rights to take further root in society. We will make this a legacy and build a better future based on it.”

Hosting mega-events is one of the key tools by which countries try to improve their image in the international arena. The Olympics is probably one of the costliest and most resource-consuming mega-events, and not every...