Home|Is the Country Image Impact of the Tokyo Olympics Pre-determined? 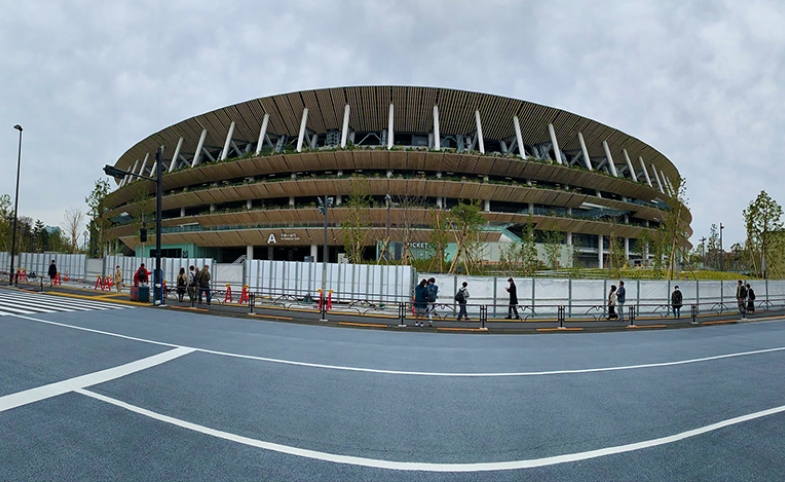 Hosting mega-events is one of the key tools by which countries try to improve their image in the international arena. The Olympics is probably one of the costliest and most resource-consuming mega-events, and not every country can afford it.

It has been repeatedly said that the Games can have a positive impact on the image of the host country. But the Olympics is a rather risky venture because the host country is under the spotlight, and many things may affect the fact that the Olympics will be remembered not for the achievements in the field of friendship promotion (like North and South Korea coming under one flag for Sydney 2000), nor for the fantastic victories of the athletes (like Usain Bolt's record in Beijing 2008, or the Russian men's volleyball team win in London 2012), but for various failures and scandals.

In this blog post, I have collected some notoriously unsuccessful cases of the Olympics, which have either directly or indirectly harmed the country's image. These Games were supposed to improve the image of the host countries in the world and strengthen the image of the government inside the country, but alas, a few cases below are not remembered for their sports achievements or acts of mutual support, but rather the opposite.

The Berlin Olympics of 1936 were the first games to be televised. The Weimar Republic had applied to host the Games, but by the time the Olympics were held the Nazis had already come to power, so the mega-event served to promote an authoritarian racist regime. And despite that out of 49 countries Nazi Germany took first place in medals, the star of the Olympics was Jesse Owens, who with his four gold medals proved the inconsistency of ideas of racial superiority. Thus, the success of the Berlin Olympics as a mega-event to promote national image should not be considered a success. Moreover, after World War II, the Olympic Committee acknowledged the fallacy of its actions, which allowed Hitler to host the Olympics.

During the Olympics, many events unrelated to sports may take place that are further associated with the Olympics' hosting city and subsequently even with the country.

Another example of failure from Germany is the 1972 Munich Olympics. Despite the brightest performances, the event was upset by a terrorist attack from a Palestinian terrorist group against the Israeli team. Therefore, even today after almost half a century, the Munich Olympics are not associated with the atmosphere of friendliness and relaxedness hoped for by the organizers, but with a terrorist attack and the negligent attitude of security services.

The 1980 Moscow Olympics and the 1984 Los Angeles Olympics demolished the idea that sports help to pull countries together despite conflicts and contradictions. More than 60 capitalist countries boycotted the Moscow Olympics, while the Los Angeles Olympics were boycotted by almost the entire socialist camp except for China, Romania and Yugoslavia. Thus, it was not possible to improve relations with countries from the opposition camp and impress them by holding mega-events.

The Winter Olympics can also bring reputational losses. For example, at the Sochi 2014 Olympics, Russia was a triumphant winner, but the subsequent doping scandal tarnished the image of the host country. Interestingly, the Court of Arbitration for Sport (CAS) annulled most of its decisions regarding Russian athletes: first, the Russian team was stripped of 22 medals (eight of them gold), but as a result of CAS proceedings, the Russian team lost only two gold and one silver medal. At the moment, Russia remains the leader in medal count for Sochi 2014. However, the media hype about the doping program and the sanctions on the Russian Olympic Committee, which included a ban on the Russian Olympic team from performing under its flag at the PyeongChang Olympics in 2018, have reinforced Russia's image as a country with a state-sponsored doping program.

At this moment we are on the doorstep for the Tokyo Olympics, which have been postponed from last year. Already now we can say that this Olympics will be a failure in many areas. In financial terms, the cost of the Olympic venues will not pay off, because the Olympics will not be visited by the initially expected number of tourists. In terms of entertainment, the Olympics will also suffer because there will be few (if any) spectators, and many athletes may not be able to attend or participate to the fullest extent because of COVID-19.

Moreover, the Japanese government may discredit itself for wanting to hold the Olympics against the wishes of local people. In addition, there is the possibility that the "rising sun" flag will be used by Japanese spectators, which in turn will infuriate South Korea, which is opposed to the use of this flag and whose officials claim it is like using a Nazi flag with a swastika. Moreover, the Olympics will already be ignored by other countries, as North Korea was the first country that officially refused to go to the Olympics due to the risk of COVID-19. Thus, the government of Japan, by holding this Olympics, risks the health of its participants, the image of the government and, ultimately, the image of the country.

In one of the most amusing parts of the closing ceremony of the 2016 Olympic Games in Rio de Janeiro, Shinzo Abe, then-prime minister of Japan, promoted the Tokyo 2020 Olympic Games coming out dressed as Super Mario, a...