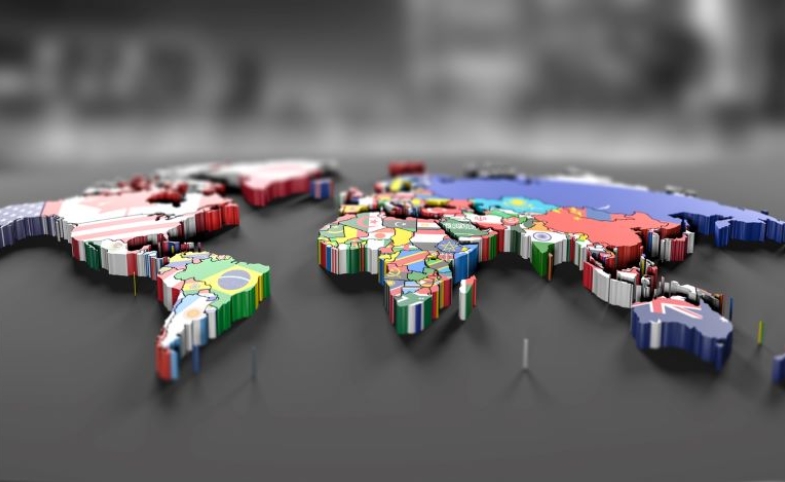 Diaspora Diplomacy and the Conflict in Nagorno-Karabakh/Artsakh

Even though diasporas were recognized as a phenomenon a few thousand years ago, the diplomatic functions and might of diasporas are subject to study. It is especially relevant in the modern globalized context.

The role of the diaspora in international relations is ambiguous. The diaspora as a term can be conceptualized in a variety of different ways. Diasporas’ diplomatic functions may include the facilitation of the spread of a nation’s culture across the world. In turn, it contributes to the homeland’s soft power (for example, Koreans in Uzbekistan). On the other hand, the diaspora can direct its activities to fight against the current regime in the country (for example, Belarussians in Poland). In this analysis, I understand the term “diaspora” as a non-centralized political actor which simultaneously performs as a cultural and public diplomacy tool. However, as we will see from the brief analysis, the diaspora’s support of the homeland’s government can radically change.

The armed confrontation between Armenia and Azerbaijan was recently terminated. Without accepting either side of the conflict, I would like to note that two key principles of international law clashed. Namely, these two principles were territorial integrity (Chapter I of the United Nations Charter) and the right to self-determination (The United Nations General Assembly Resolution 1514). The territory of Nagorno-Karabakh is de jure a part of Azerbaijan, and its inclusion in Azerbaijan has been confirmed by international treaties (e.g., UN resolutions 874, 884). On the other hand, at the time the conflict was escalating, the territory was predominantly populated by ethnic Armenians who do not recognize the Azerbaijani authorities and exist in the unrecognized state of Nagorno-Karabakh region. Armenians call this region Artsakh, which is supported by the Armenian government.

The confrontation between Armenia and Azerbaijan is complicated by the fact that both sides have reasons to claim that the land belongs to their ethnos on heritage and historical grounds, and both sides have accusations against the other for inhumanity and cruelty numerous times in history.

The confrontation between Armenians and Azerbaijanis is taking place not only on the battlefields, but also in the media and political realm. In this aspect, it is worth mentioning the active role of the Armenian Diaspora around the world that aims to support the independence of Artsakh from Azerbaijan.

The Armenian diaspora was able to influence several celebrities to express their support for Armenia. Later, some of these celebrities considered the ambiguity of the situation and abandoned supporting the Armenian side.

A special achievement of the Armenian diaspora in convincing the world community of the need to recognize Artsakh's independence is that several regional and local governing bodies have expressed support for independence. The most famous cases at the moment are the recognition of independence by Australia’s New South Wales Legislative Assembly, Italy’s Milan, and several towns in France. Most recently, The French Senate voted in favor of adopting a resolution calling for recognition of the Republic of Artsakh by France.

Currently, not a single state (even Armenia itself) recognizes Artsakh as an independent country, but the Armenian diaspora is seeking recognition of the state at the local and international levels. Furthermore, it is very unlikely that the current Armenian government will recognize Artsakh because Azerbaijan and Armenia already have signed a cease-fire agreement. According to this agreement, the warring sides will maintain control of their currently held areas within Nagorno-Karabakh and Armenia will return the surrounding territories it occupied in 1994 to Azerbaijan. This creates an interesting precedent and a paradoxical phenomenon when state and regional/municipal positions may collide. On the one hand, none of UN member states recognize Artsakh, while at the same time municipal actors from these same states begin to interfere in foreign affairs.

This situation is peculiar in four aspects. First, when external and internal authorities collide, it is not clear what the solution will be. For example, what will happen if all states of Australia support Artsakh? Will such a collection of resolutions allow local power to force the Australian government to recognize the new state? If this were to happen, a precedent would be created for the future recognition of the new states through local authorities.

Second, another difficulty is that the recognition of Artsakh by any of UN member will automatically mean that this UN member does not comply with UN resolutions. Hence, this case might invoke a discussion about other UN resolutions that aim at solving conflicts and preventing confrontation.

Finally, the complicated issue about the diaspora is that it is a decentralized power and it seems that the power of the diaspora can be even stronger and more internationally respected than the state body’s power. Moreover, one of the strengths of the diaspora is its decentralized nature - it is impossible to hold talks with a single person (like a president) who represents opinions of the diaspora as the diaspora is scattered all around the world. There are multiple diaspora leaders around the world, but they are not well institutionalized yet. Diaspora’s united activity, like the money collection initiatives for needs of Artsakh was organized on the ad hoc basis. What we might see next is that with globalization and communication development such ad hoc activities will turn into more permanent ones. This transition to consistency in a short-term perspective will threaten the Armenian government. With the limited power of the Armenian government, we might see how diaspora diplomacy, that is supposed to be an instrument of the country’s public diplomacy, transforms into a rather independent political actor.

Hence, we are witnessing growing anger and despise from diaspora representatives towards the leader of Armenia Nikol Pashinyan, who decided to step back and accept peace terms that do not include recognition of Artsakh. By doing this, he is risking his political career, and there is a chance that the diaspora will turn against the Government of Armenia and dismantle the existing political system.

In this audio clip, CPD Visiting Senior Scholar and Director of the Center for International Communication at Bar-Ilan University in Israel, Eytan Gilboa shares his thoughts on media framing and public opinion polling as a...

Public Diplomacy is traditionally understood as a sovereign nation’s effort to inform and influence foreign publics through open communications. It is expanding as a field that integrates diplomatic, corporate and social...

Those who make art, - through their creativity, talent and proposals - create representations of society, engage in dialogue and break stereotypes or perceptions for all audiences. Thus, they naturally become central...