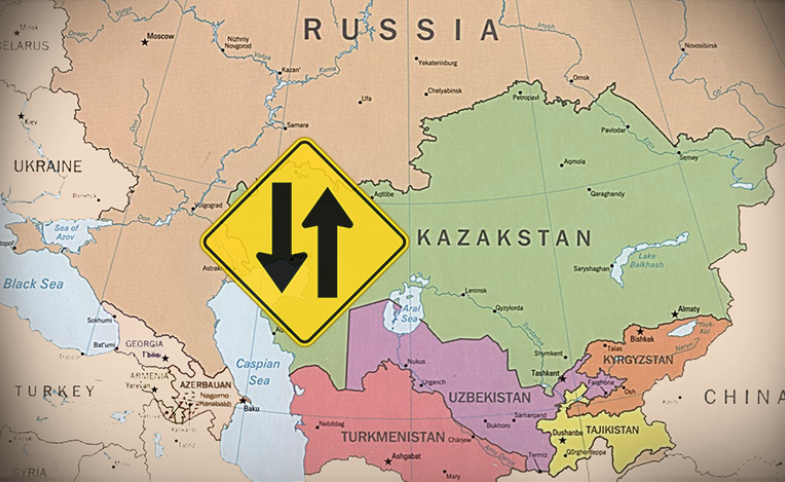 The breakout of the COVID-19 pandemic activated channels of so-called “aid diplomacy.” By aid diplomacy, I mean a sub-type of public diplomacy that concentrates on the distribution of aid as one of its primary strategies.

The spread of the virus at the end of 2019 and the first half of 2020 made people understand that this global issue could not be solved individually by a single country. Even for China, producing a sufficient quantity of masks at the peak of the coronavirus was more than a challenging task to complete; thus, China acquired masks from abroad. Other countries with even lesser production capabilities equally could not meet the demand during their own peaks either.

In this turbulent and disastrous context, countries are assisting each other by sending medical equipment or sometimes even qualified personnel. In this blog post, I would like to take a look into several peculiar trends in aid between Russia and its Central Asian allies while discussing the rationales behind aid diplomacy.

Russia helped all Central Asian republics (Kazakhstan, Kyrgyzstan, Tajikistan, Turkmenistan, Uzbekistan) by sending them test kits and temperature measurement equipment. The number of test kits was not huge; it ranged from 9 thousand for Turkmenistan to almost 50 thousand to Uzbekistan. However, Russia was considering more than one motive when they sent its planes with aid.

Russia has to support its allies and potential members of the Eurasian Union. If ties between countries are not enhanced in this challenging period, then it might pay back with a Eurasian deconsolidation processes. Russia still considers these countries as its sphere of interests, and if Russia had not helped, somebody else would. Russia has to emphasize its political leadership in regional and bilateral relations.

The spread of coronavirus can cause quarantines, lockdowns, and a gradual loss of money. All of that can quickly turn into growing anger directed towards the ruling government. Currently, Russia is interested in stable regimes that are dependent on their support, so assistance to the Central Asian republics is necessary to save these regimes.

There are about 10 million migrants in Russia, with most coming from Central Asia. Before countries re-open their borders, Russia is interested in making sure that migrants who will come to Russia do not transmit the virus.

Uzbekistan and Turkmenistan assisted Russia, as the former sent medical protection equipment to Russia while the latter sent food and construction materials to the Astrakhan region of Russia.

Such a spike of aid exchange between Central Asian countries and Russia might eventually exacerbate the periodically deteriorating relations between countries. Central Asian republics have unresolved conflict, potentially due to border demarcation inherited from the Soviet period. The tensions between neighbors transform into armed conflict between neighbors from time to time. The continuous competition between Kazakhstan and Uzbekistan for the regional power status under the supervision of Russia complicates bilateral relations.

Before addressing the rationals of aid diplomacy of Central Asian states, we should take into consideration that countries utilize foreign aid as an instrument of country image improvement, and they approach decisions on assisting other countries strategically. Concerns about the country's image in Central Asia republics are exceptional because the country's image overlaps with the personal image of country leaders.

Since Central Asian states represent different grades of authoritarian governance, the personal role of the president and his image is vital. It is crucial in at least three dimensions—what translates into three additional rationales—to send aid to neighbors, besides humanitarian and altruistic motives:

1) Personal image in the eyes of your nation:

Leaders cannot lose an opportunity to improve an image in the eyes of voters by showing that their country is managed so well, that it has the capacity to help its neighbors. The importance and symbolism of giving to neighbors increases when you previously received help from a neighbor.

2) Country image in the eyes of leaders in Russia and China, and the potential economic benefits:

By sending help to Russia and China, leaders of Central Asian states highlight the sovereignty of their own states. Furthermore, by aiding great powers, presidents of Central Asian countries are upgrading personal and intergovernmental ties. It further would allow capitalizing through receiving additional credits or loans.

The competition between Central Asian leaders is ongoing; the image of a receiver and a weaker partner might undermine not only the country's image but the reputation of a ruler. Nobody wants to be perceived as a minor partner. Hence, countries have to continuously re-launch the boomerang with aid to achieve the reputational status quo among each other.

The amount of help that countries send to each other as humanitarian aid is not massive. The probability that a citizen of an aid-receiving country will be informed about another portion of humanitarian aid through local TV—rather than receiving an item—is much higher.

In the short term, aid diplomacy activity is somewhat symbolic and designed for the country and its leader's own branding, rather than to actually help other states.

On the other hand, such active cooperation between presidents, governments and people may decrease negative images about the other side, enhance cooperation mechanisms, and in a mid-term perspective, result in less-tense relations between nations and better loan conditions for Central Asian republics from China and Russia.