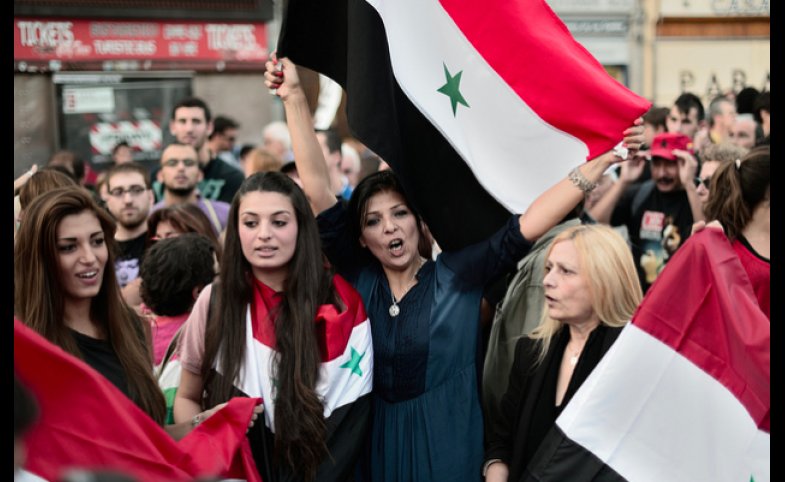 Minear (2007) classifies diplomacy as “capital D” and “small D,” the first one being high-level and formal while the second one being terrestrial covering humanitarian functions. The author further agues that “small D” diplomacy may overlap with Diplomacy when humanitarian practitioners themselves play a role in negotiating the terms of engagement in hot war or post-conflict situations.

Turkey’s credibility has significantly increased in these regions by establishing a base for soft power. Together with the value-based and humanitarian political narrative, that has an Islamic tone, it can be argued that Turkey has been able to generate a sense of trust and brotherhood in Africa and Middle East. Thus, Turkey is committed to becoming a key player in mediating conflicts such as the Israeli-Palestinian peace process, Syrian-Israeli peace talks, the Iranian nuclear talks, Somalia crisis, and most recently the Syrian civil war.

Turkey is eager to bring historical change, promoting what can be described as a niche approach to international politics by creating awareness to issues that have direct effect on global peace. The most well known cases are:

1. The Israeli-Palestinian Peace Process: With the 2008 Operation Cast Lead, the Turkish Red Crescent opened a liaison bureau in Gaza and provided emergency assistance along with other NGO’s that donated clothing, medicine, and money to rebuild the infrastructure.[2] Turkey’s most notable humanitarian diplomacy is perhaps the infamous Mavi Marmara flotilla crisis between Turkey and Israel. Despite the unsuccessful attempt to deliver the humanitarian assistance to Gaza, the flotilla crisis created massive global attention and stimulated discussion on the conflict. Through Turkey’s temporary position in the 2009-2010 UN Security Council, the country has been more active in promoting the Palestinian cause and gave full support to Palestine’s application for a non-member observer status at the United Nations. However, the current political situation with Israel remains a barrier for Turkey, in pursuing its job as a mediator during peace talks.

2. The Somalia Crisis: Prime Minister Erdoğan’s visit to Somalia in 2011, the first head of a government to visit in 20 years, created global attention. Soon after, Turkish NGO’s started working to bring about positive changes to the troubled state. Although Turkey’s initial interest in Somalia began with the Djibouti Peace Process in 2008 and through hosting the İstanbul Somalia Conference in 2010 with the UN. Nevertheless, as Turkey has quite recently shown interest in Somalia, the political conflict amongst different factions seems to be partly out of Turkey’s reach.. It should be noted that unlike other international organizations based in Kenya, Turkish NGO’s dared to operate out of Somalia’s capital Mogadishu, which is a groundbreaking step by itself in dealing with disaster relief and political problems.

3. The Syrian Civil War: Despite falling on deaf ears, Turkey has been outspoken about the future of Syria and the necessity of a regime change prior to the escalation of violence. The “Friends of Mediation” conference was initiated in coordination with the UN, Finland, and Turkey. Turkey hosted the first İstanbul Conference on Mediation on February 24-25, 2012 as well as Conference of the Group of Friends of the Syrian People. However, as the civil war escalated drawing attention to the influx of refugees, Turkey has fallen behind on much of the recent peace talks organized by key players Russia and the U.S, mainly the Geneva peace talks.

The Israeli-Palestinian conflict, Syrian civil war, and even the Somalia conflict all indicate several key issues that policy makers need to address prior to assessing the effectiveness of Turkey’s mediation efforts. First and foremost is the human resources and knowledge scarcity; second is the importance of remaining neutral to be an honest broker in international conflicts. Thirdly is Turkey’s own long enduring problems such as the Kurdish and Armenian questions as well as other issues related to consolidating a liberal democracy. Fourth is the equilibrium between soft and hard power. It is probably not realistic to expect that all these issues be taken care of in a limited time, however coming to terms with the nation’s actual capacity and the expectations raised by the political narrative can be highly productive in terms of humanitarian diplomacy efforts and where the nation stands in terms of power. After all, it might be unrealistic to assume that Turkey’s new founded interest in humanitarian diplomacy can bear results in a very limited time frame. In a general sense though, despite falling short of an absolute solution in regards to these conflicts Turkey has been able to generate global awareness and accelerate discussions. Beyond any doubt, Turkey’s economic growth, investment in human capital, and knowledge along with political stability and resolving the domestic issues will have enormous effects on the countries ambitions in becoming a key humanitarian diplomacy actor and mediator.

Davutoğlu, A. (2013b). Turkey’s humanitarian diplomacy: objectives, challenges and prospects, Nationalities Papers: the journal of Nationalism and Ethnicity, 41:6, 865-870.