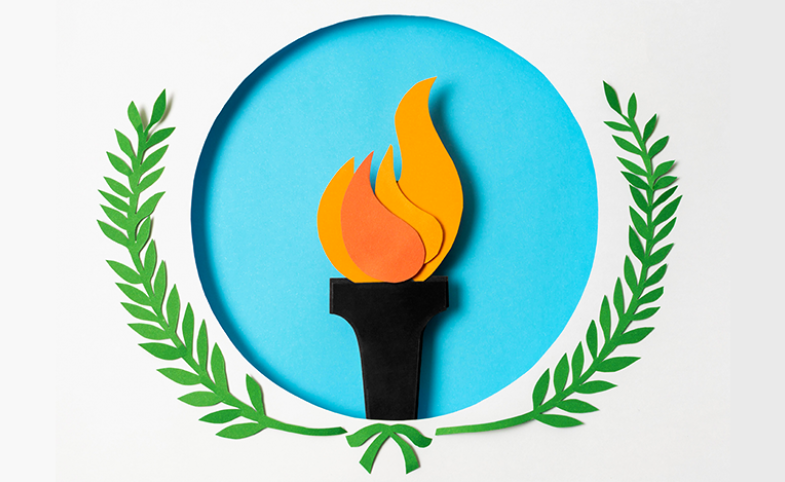 The intersections between sports and diplomacy go back thousands of years, to the ancient athletic competitions in Greece. Since 776 BC, every four years delegations from the different Greek city-states met in Olympia, and beyond competing and worshiping the gods, they used the event to develop political, cultural and economic relations with each other in arguably the most important Pan-Hellenic tradition in antiquity. In more modern times, big, small, democratic, autocratic, high-income, middle-income and low-income countries all see value in using sports to try to improve their images and achieve social, political and economic goals.

The term sports diplomacy refers mostly to the bridges built by countries and communities through the use of sports, for example, sports and development and peace initiatives, and of course collaborations such as Ping-Pong Diplomacy—the friendly table tennis tournament between American and Chinese delegates, which paved the way to the first official visit of a U.S. president to China during the Cold War. Yet, more broadly, when analyzing the role of sports in diplomacy, foreign policy and international relations, there are also ample examples of manifestations of political boycotts, nationalism and even terrorism.

Throughout the 20th century the Olympic Games became a platform for countries to showcase their technological advancement and try to achieve a more favorable image that would improve their social, political and economic goals.

The term “sport-tech diplomacy” developed after analyzing Israel’s use of sports for nation branding and public diplomacy, and identifying that while the Israeli-Arab and Israeli-Palestinian conflicts often prevents Israel from maximizing the potential of using sports for nation branding and public diplomacy, the branding of Israel as a "startup nation" created an authentic bypassing message to the conflicts, which can be applied to sports technologies as well.

Innovation and physical activity are rooted deeply in the Zionist Movement—the national movement of Jewish people seeking a homeland. The culture of learning and innovation, combined with the historical need to constantly adapt and the blooming high-tech industry, resulted in a wide variety of Israeli sports-related startups and companies used by sports organizations around the world. Thus, through public diplomacy, people-to-people diplomacy and corporate diplomacy, Israel’s sport-tech diplomacy provides a channel in which the Israeli government, the Israeli industry and Israeli people can unite behind regardless of political differences and creates value that foreign audiences can relate to regardless of the polarizing image of Israel. With that said, Israel is just one case, and the intersections between sports, technology and diplomacy are much wider.

Throughout the 20th century the Olympic Games became a platform for countries to showcase their technological advancement and try to achieve a more favorable image that would improve their social, political and economic goals.

Perhaps the first to bluntly use the Games for nation branding and public diplomacy purposes were Adolf Hitler and Joseph Goebbels, using the 1936 Berlin Olympic Games as a propaganda tool to demonstrate how orderly and developed Germany could be under the Nazi regime. Beyond creating an unprecedented grand spectacle with an innovative torch relay, national live broadcasting was used during the Olympic Games for the first time, and the athletes were portrayed almost as gods in Leni Riefenstahl’s movie Olympia.

Japan used the 1964 Tokyo Olympic Games to expose its technology and reposition the country’s image from a devasted country after World War II to a global market leader. Similarly, South Korea used the 1988 Olympic Games to expose local technologies and disassociate its image from a deadly civil war. The Spanish government and Barcelona used an innovative urban development approach in the 1992 Olympic Games to renovate the city and make it one of the most attractive touristic destinations in Europe. In the 21st century, China used the 2008 Beijing Olympic Games as a power move to expose a highly developed industry, including using the technology company and then-Olympic partner Lenovo to design the Olympic flame used in the torch relay. London 2012 used green technology aiming to produce a more sustainable Olympic Games in 2012 and also received the nickname, “The Twitter Olympics,” due to the growing role of social media in the exposure of the Games. Thus, the way hosting countries are using technology and innovation as part of an overarching goal to improve their images and achieve different goals is varied.

There is still much debate on what exactly sport-tech consists of. In their Sports Tech Nation Map, the international sports innovation group Colosseum divides the sport-tech ecosystem into six fields: fan engagement, media and broadcasting, health and fitness, athlete development, smart stadiums, and gaming and esports. In the book 21st Century Sports, the authors suggest a different framework to analyze the sport-tech taxonomy, consisting of activity and performance, management and organization, and fans and content. I use the term sport-tech diplomacy as an umbrella term consisting of all such definitions, along with other intersections between sports, diplomacy and technology that can even overlap with existing definitions of digital diplomacy, which refers mostly to the use of digital platforms for diplomatic purposes.

In the closing ceremony of the 2016 Rio de Janeiro Olympic Games during the transition segment to Tokyo, the next host of the Olympics included a reference to video games, with former Japanese Prime Minister Shinzo Abe dressed as Super Mario. Yet, since the outbreak of the deadly pandemic, the postponement of the Games and the state-of-emergency in Japan and Tokyo have forced the organizers to host the Olympic Games in an unprecedented way, including using new technologies and mobile applications to monitor the health of the athletes and other stakeholders. In my research project for USC Center on Public Diplomacy, I further explore and analyze the connections between sports, technology and diplomacy through their manifestations in the postponed Tokyo Olympic Games.

CPD invites you to watch our immersive documentary: Inside Sports Diplomacy: A 360° View of Korean Peacebuilding through PyeongChang 2018. This story—produced with 360-degree video technology—is the result of a CPD...

Hosting mega-events is one of the key tools by which countries try to improve their image in the international arena. The Olympics is probably one of the costliest and most resource-consuming mega-events, and not every...