Home|Olympics: once more 'a symbol of hope and peace in our troubled times' 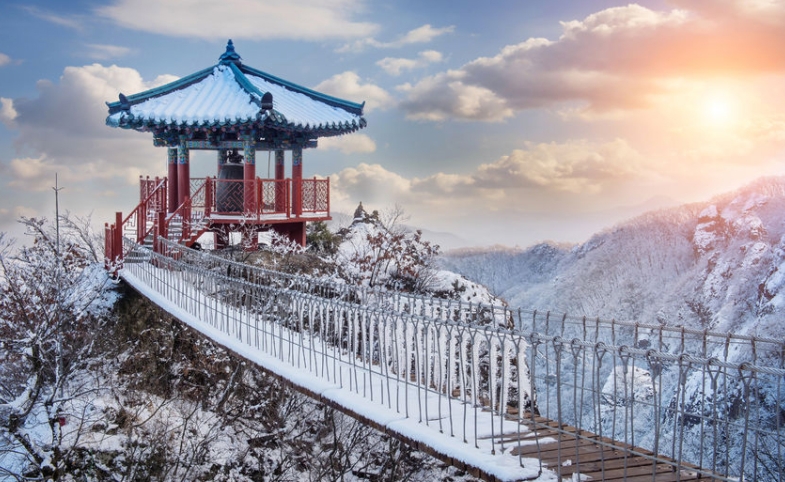 On Rodney King’s gravestone at Forest Lawn Memorial Park in the Hollywood Hills, it says, “Can we all get along,” a reference to Mr. King’s plea amid his early 1990s encounter with the Los Angeles Police Department. It’s a very different context but—in just so many words, that is what the Olympic movement, at its best, is all about.

To fulfill the words of the soul poet Rodney King, the movement’s No. 1 mission in our complicated world—its raison d’être—is not just to be relevant. Or even to remain relevant. It is to assert its relevance.

Over the past many months, the movement has struggled, and mightily, with this notion. A succession of brutal headlines have caused some, and maybe many, to wonder about the Olympic movement’s place, beset as it has been by Russian doping, sexual abuse and misconduct scandals, skyrocketing cost overruns associated with the Games, diminishing taxpayer interest in staging future editions of the Olympics—and more.

Now, though, comes word of a remarkable breakthrough: North Korea will send athletes to February’s Winter Olympics in South Korea.

All sorts of thing might yet go sideways. It may be that the North might use its participation to extract concessions, financial or otherwise, from the South. To be clear: whatever North Korea does ought to be viewed with skepticism. To be obvious: the North has been testing missiles and atomic bombs.

Even so—or, perhaps, exactly so—this is why this breakthrough marks precisely the sort of action that underscores why the Olympic movement matters, why it still holds the unique potential to move the world forward in significant if not history-making ways.

This is the Olympics bringing together the Koreas—at least for the moment of the Games.

Hope matters. It does. Without it, what are we?

The idea that maybe, somehow, just somehow, we can all get along is why the Games, and the broader movement, for all the flaws that attend both, matter.

That North Korea is coming is the Olympic movement asserting, in no uncertain terms, its relevance. That North Korea is coming is why, despite all the negative headlines yet to come—and there almost surely will be many, over television ratings, the Russians, a lack of spectators in the seats, frigid weather, the absence of the NHL players from the hockey tournament and lord knows whatever else—the 2018 PyeongChang Winter Olympics, absent an unforeseen disaster, can already be called a success.

Argue otherwise all  you want. That's—success.

North Korea boycotted the 1988 Summer Games, in Seoul. For the North to go to PyeongChang, just 40 or so miles across the demilitarized zone—that’s hugely relevant.

This is the Olympics bringing together the Koreas—at least for the moment of the Games.

The North Koreans did not even send athletes to the 2014 Sochi Games. Now, according to a joint statement issued after a meeting between North and South in the border town of Panmunjom, the North intends to send to PC2018 not only athletes but a cheer squad, an art troupe, a visitors’ group, a taekwondo demonstration squad and a press corps.

“…We know about the political tensions on the Korean Peninsula. The IOC has addressed them already since 2015. This happened through close contact with the leaders of governments and NOCs concerned,” meaning national Olympic committees. “In all these discussions, the Olympic Winter Games PyeongChang 2018 were never put in doubt. On the contrary, we feel support for our position that the Olympic Games must always be beyond all political division. The Olympic Games are about dialogue. They are a symbol of hope and peace. In our troubled times, they are the only event that bring[s] the whole world together in peaceful competition …”

This is why, with the North seemingly now on board, PC2018 can already be seen as a success.

Meanwhile, it’s something of an irony, particularly for those who are students of Olympic history, that this 2018 edition of the PyeongChang effort to stage the Games—a third successive try to bring the Winter Games to South Korea—essentially sought to tamp down considerably the notion that the Olympics could help bring together the Koreas.

It’s also somewhat melancholy that Kim Un Yong, the longtime member from South Korean who would also serve as an IOC vice president, is no longer alive to see this development. Dr. Kim, as everyone inside the Olympic scene knew him, played a key role in bringing the 1988 Summer Games to Seoul. He also was perhaps the key player behind the scenes in organizing the joint North-South march at the Sydney 2000 Summer Games opening ceremony. Too, it was Dr. Kim, perhaps more than anyone, who got taekwondo onto the Olympic program.

The first two efforts put peace on the Korean peninsula at the center of each bid.

From the IOC 2010 evaluation commission report:

“The concept of the PyeongChang 2010 Olympic Games is to host the ‘Games of Purity and Peace for All,’ and, ‘Olympic Winter Games in PyeongChang could have a major, positive impact on the inter-Korean relationship.”

From the IOC’s 2014 evaluation commission report, detailing the PC 2014 “strong vision for the region’s future, with five objectives,” the fifth being:

“To continue working toward reconciliation on the Korean peninsula.”

By 2011 for 2018, the Koreans believing the IOC members had unequivocally delivered the message that peace on the peninsula was not a voting winner, the PC delegation switched it up—opting for an economically focused message encapsulated in what was to-date the best-ever Olympic tagline, “New Horizons.” The pitch, in a nutshell: grow winter sports in Asia.

It won in a landslide, over Munich and Annecy, France.

“During its visit,” the 2018 evaluation commission noted, IOC officials “raised questions regarding recent tensions between North and South Korea. The bid committee explained that tensions have existed on the Korean peninsula for 60 years during which time South Korea has hosted major international events without incident such as the 1988 Olympic Games, the 2022 Busan Asian Games, the 2022 FIFA World Cup and the 2010 G20 summit. It was further added that sport has been an impetus for the two Koreas to join together in international sports events.”

Note: it does not say that sport could or should be an impetus for the two Koreas to join together at the 2018 Games.

You never can tell how the world will turn.

But—you can, and probably ought, in these instances turn to Pierre de Coubertin, the French baron widely credited with founding the modern Olympic movement, at the tail end of the 19th century.

Two years ago, George Hirthler, an Atlanta-based communications strategist with many years of Olympic experience, published a book—it’s highly recommended—titled The Idealist, a work of historical fiction that dramatizes Coubertin’s life.

“It is rather remarkable that the enduring power of Coubertin’s philosophy of making peace through sport is playing out in our headlines right now,” Hirthler writes. “As the North and South Koreans sit down to talk about easing hostilities on their divided peninsula, it is the Olympic Games that have brought them to the table. While it is unlikely that the full nuclear threat will be resolved through the Games—or that the growing animosity between North Korea and the U.S. will not return after the flame is doused—it is a hopeful sign to see the Olympic Winter Games in Pyeongchang, which will celebrate their opening on February [9th], take center stage in the diplomatic effort to achieve peace, if only temporarily.

“ … Coubertin believed that the Olympic Movement could, indeed, serve such a purpose … the larger [goal] of peace on our planet … “

With that, the wrap-up paragraph of Coubertin's lengthy 1896 essay—and, now, this column:

“It was with these thoughts in mind that I sought to revive the Olympic [G]ames. I have succeeded after many efforts. Should the institution prosper—as I am persuaded, all civilized nations aiding, that it will—it may be a potent, if indirect, factor in securing universal peace. Wars break out because nations misunderstand each other. We shall not have peace until the prejudices that now separate the different races are outlived. To attain this end, what better means is there than to bring the youth of all countries periodically together for amicable trials of muscular strength and agility? The Olympic [G]ames, with the ancients, controlled athletics and promoted peace. It is not a vision to look at them for similar benefactions in the future.”

Note from the CPD Blog Manager: This post was originally published by 3 Wire Sports.

Alan Abrahamson
CPD Blog Contributor
Author and Lecturer at USC's Annenberg School for Communication and Journalism
YOU MIGHT BE INTERESTED IN...

In one of its newest episodes, the Global Journalist podcast at the University of Missouri discusses the importance of sports diplomacy between North and South Korea at the Olympic Games. This episode ties the...

The PyeongChang Winter Olympics offered an opportunity for South Korea to present itself to the world and also served as an important platform for public diplomacy, given the regional instability. The Olympics' role in...