Home|Olympic Diplomacy on the Korean Peninsula 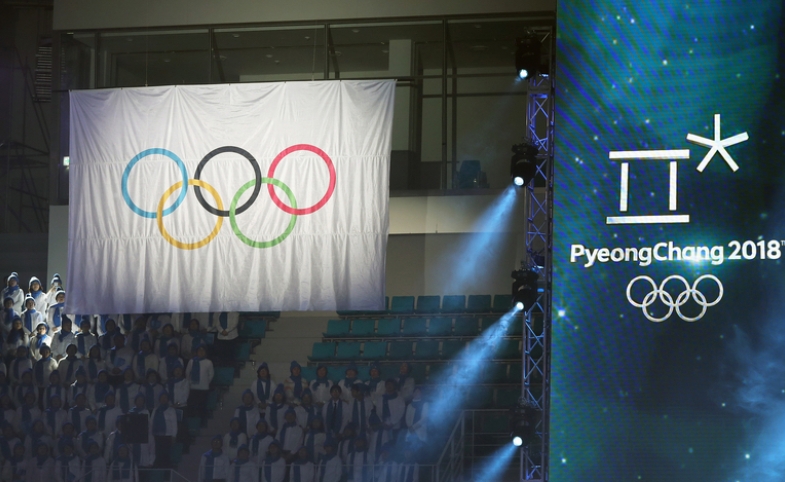 On January 15, the two countries agreed to send a joint women’s hockey team to the games, and this will be the first time ever that the two Koreas compete together in the Olympics on a unified team. The athletes will—of course—compete, but the Olympic venue will be the host site for military-to-military talks.

However, this is far from the first time that politics have taken place because of the Olympics. The Olympics have been a place for political speech, a time to show off political reforms, and a reason to host discussions like these between the two Koreas.

Think John Carlos and Tommie Smith’s raised fists (Mexico City, '68); the U.S. boycott of the Soviet-hosted games (Moscow, '80); the boycott by the Soviets of the U.S.-hosted games (Los Angeles, '84); Chinese boycotts from 1956 through 1992 over recognition of Taiwan; the Nazi propaganda that Hitler used to legitimize his country’s direction (Berlin, '36); and the banishment of South Africa and the racist Apartheid regime in 1970, finally allowed to compete in the 1992 Olympic Games when Apartheid fell. Each time the Olympics are held, they can be used as a vessel for propaganda or for public diplomacy and can act as a host to other forms of political speech.

This century has seen three other instances of the Olympics sparking diplomatic action between the two Koreas:

Additionally, major political activity typically takes place between the two Koreas during international sporting events other than the Olympics:

International sporting events have been a trigger for diplomatic talks between the two Koreas, and this trend has continued.

South Korea is engaging in direct talks with North Korea because they want these games to go smoothly. The Olympics are used as a tool to show political stability and progress for other nations, and the South Koreans are presumably looking to use these games to prove that. Though North Korea has developed a missile presumably capable of delivering a nuclear warhead to the United States and is in a war of words with U.S. President Donald Trump, South Korea is still a stable member of the world order and is looking to prove that it is deserving of international respect and admiration. Hitler and the Nazi Reich used the 1936 Games in Berlin to gain support and legitimacy for their movement; the Spanish used the 1992 Games in Barcelona to show that they had progressed past dictator Francisco Franco and into a member of Europe and the West; and the Chinese used the 2008 Games in Beijing to show that they are a capable nation ready to handle global challenges.

Because so much is at stake whenever the Olympics are held, the games can be a catalyst for diplomatic or other political action.

Though it is forbidden under the Olympic charter, the games are a political and diplomatic actor, and it is natural for both North and South Korea to use this opportunity to thaw tensions on the Peninsula. The games can be used as a symbolic gesture of goodwill and peace, a place to lay down arms, and a catalyst for this dialogue.

The Olympics as an event should be viewed as a geopolitical actor for this very reason. We should be proud of the two Koreas for coming together and engaging in dialogue in the run-up to these games. Most importantly, we should be aware of the symbolic gesture that hosting diplomatic talks before the Olympics shows. As such, world leaders and diplomats should continue to use pre-Olympic discussions as a strategy for ending conflict and lowering tensions in present and future iterations of the games.

This is Olympic diplomacy in action. Because so much is at stake whenever the Olympics are held, the games can be a catalyst for diplomatic or other political action. These look to be huge steps for peace on the Korean Peninsula, but we cannot be certain about anything. Just as the Olympics are a stage for these talks to take place, they could be used as a stage for other forms of political action by the regime. Keep an eye out for weapons tests, cyber attacks or a side deal made with another power, possibly Russia.

But we should not always be so cynical. This Korean women’s hockey team is a huge symbolic gesture toward peace and stability between the two states, as this has never happened before. Both countries seem eager to cooperate, and this shows their seriousness about working together across the border; by all means, this is a huge step toward further direct talks and de-escalation. Additionally, the North Korean athletes' exposure to South Koreans is exposure to people who have grown up in an open democracy with information, technology and freedom, in stark contrast to the closed propaganda that the oppressive hermit state in the North has given its athletes.

We should look to how this Olympic diplomacy will affect Kim Jong-un's legitimacy. Will it legitimize his rule, showing that he is willing to work with his neighbors? Or will it expose North Koreans to information, technology and a better way of life, disrupting North Korean citizens' willingness to follow him?

Either way, we must understand that the Olympics are the political actor that brought the two states together, and these talks or any changes to occur on the Korean Peninsula are the direct result of Olympic diplomacy.

Note from the CPD Blog Manager: This piece originally appeared on The State of Nations.

In one of its newest episodes, the Global Journalist podcast at the University of Missouri discusses the importance of sports diplomacy between North and South Korea at the Olympic Games. This episode ties the...