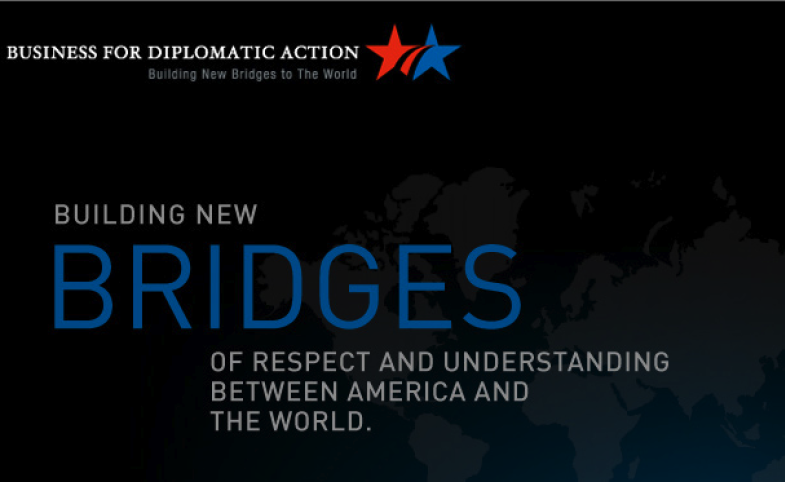 "The state of the American brand is abysmal, the U.S. Government is broadly seen as passive, reactive and ineffectual, and the private sector has been so preoccupied with the compounding economic crises that collective, strategic corporate diplomacy and global engagement efforts seem to have stagnated or fallen off completely."

Each year I reflect on the past year’s efforts and look ahead to distill emerging trends and opportunities for the private sector to engage in impactful corporate diplomacy efforts.  When I look at the corporate diplomacy landscape today and how it has evolved over the past several years I feel a deep sense of déjà vu.  Ten years ago I helped launch Business for Diplomatic Action (BDA) which at the time was the only private-sector led public diplomacy effort.  Keith Reinhard and our founding corporate board members began BDA at the time because we saw the world moving away from America and the American brand was in a state of disrepair.  We felt that companies were uniquely positioned to engage in public diplomacy efforts in new and impactful ways, free from the political baggage that was hindering the U.S. Government, to help build bridges of respect and understanding for America with the world.  BDA engaged numerous companies over our eight year tenure and launched a series of important initiatives and public-private partnerships, one of which the groundbreaking New Beginnings to promote entrepreneurship globally between the Entrepreneurs Organization and the U.S. Department of State continues to this day.  When we retired BDA in the fall of 2012 there was much moving forward in the corporate diplomacy space and the America brand was doing relatively well.  Fast forward to today and in many respects American soft power seems to be back where it was a decade ago.  The state of the American brand is abysmal, the U.S. Government is broadly seen as passive, reactive and ineffectual, and the private sector has been so preoccupied with the compounding economic crises that collective, strategic corporate diplomacy and global engagement efforts seem to have stagnated or fallen off completely.

Why We Need to Enlist an Army of Corporate Diplomats….Now

American soft power is cyclical in nature and it is precisely at times like these – when we are entering a new Presidential political season and then transition throughout government with a new slate of appointees and staffs – that the private sector should come together in a serious way and engage in strategic corporate diplomacy efforts.  We need a new call to action for the private sector to step up and take the lead in public diplomacy efforts. 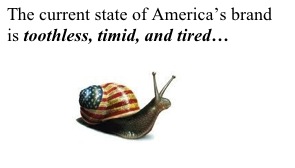 The business sectors that garner the greatest influence in developed and emerging markets are Technology, Automotive, Food & Beverage and Consumer Packaged Goods.  Ideally, they would be the ones to lead the charge for any major collective corporate diplomacy.  The following are key areas where I see the private sector most likely to engage in corporate diplomacy activities over the coming years.

Bottom Line: the next generation needs both global skillsets and experiences and to cultivate a global mindset to be able to compete and succeed.  We owe it to future generations to educate and empower them to succeed in the global market and it begins with global citizenship efforts.

You Can’t Be Successful Globally Without This…

Contextual Intelligence.  Often overlooked and rarely explored in global leadership programs, contextual intelligence is essential in an international environment as individuals and organizations must learn to adjust...