Home|2018: This Year in Perspectives

To showcase critical thinking about the study and practice of public diplomacy, scholars and practitioners researched and introduced six installments of CPD Perspectives on Public Diplomacy in 2018 under Guest Editor and CPD Faculty Fellow Vivian S. Walker.

Read each essay via the free downloads below for deep-dive explorations into key issues in public diplomacy.

From Crawling to Walking: Progress in Evaluating the Effectiveness of Public Diplomacy: Lessons from NATO 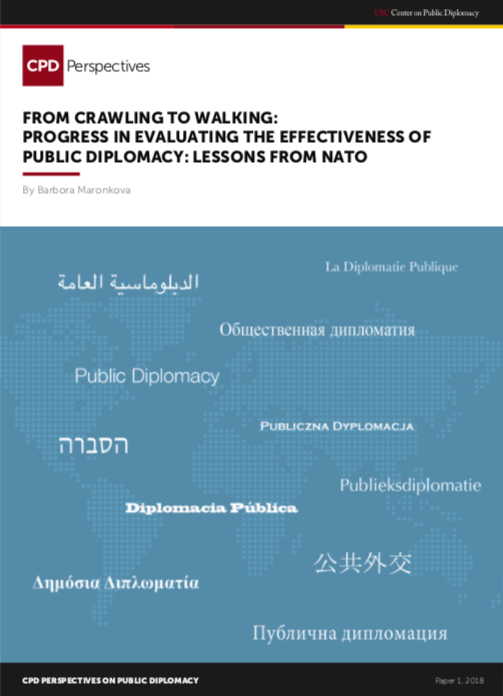 The first CPD Perspectives issue of the year was published by 2015-17 CPD Research Fellow Barbora Maronkova, who joined the North Atlantic Treaty Organization (NATO), Public Diplomacy Division in Brussels, Belgium in 2006. The essay looks at the evolving evaluation and measurement practices of NATO's Public Diplomacy Division. Specifically, it delves into the organizational restructuring within NATO that merged the Office of Information and Press and the Science for Peace Program, as a means to address challenges in communication and public diplomacy. 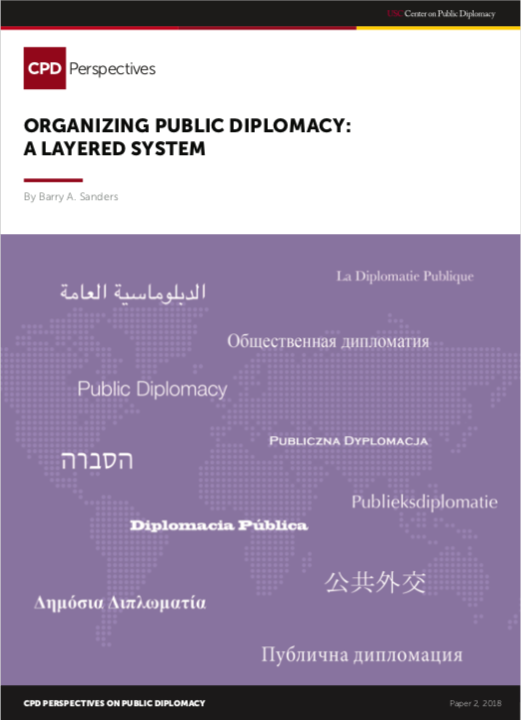 By Barry A. Sanders

CPD Advisory Board Member Barry A. Sanders authored the second CPD Perspectives of 2018, which proposes a new multi-layered approach for the complex discipline of public diplomacy. In this essay, Sanders asks, "How can we find the relationships between things as different as wartime propaganda and Fulbright scholarships, or ISIS decapitation videos and Voice of America news broadcasts? They are all public diplomacy." His article outlines considerations for multiple layers of inquiry into the field and its components.

70 Years of the Smith-Mundt Act and U.S. International Broadcasting: Back to the Future? 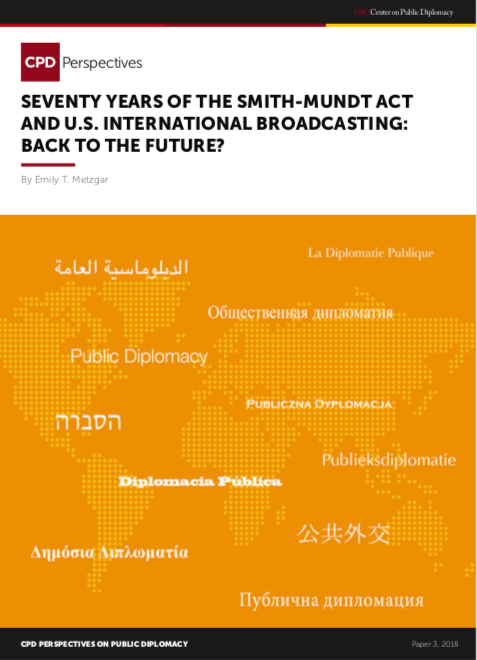 The third CPD Perspectives of 2018, written by 2015-17 CPD Research Fellow Emily T. Metzgar of Indiana University, examines the evolution of American international broadcasting, looking at it through the context of post-WWII, post-Cold War and today. "The report does not purport to be a thorough retelling of the history of the Smith-Mundt Act's passage in early 1948, nor of amendments or other legislation that came later," notes Metzgar. "Rather, the work presented here seeks to offer a modest overview of the legislation that has governed U.S. international broadcasting, as well as public discussion about it, since the end of World War II."

Many Voices, Many Hands: Widening Participatory Dialogue for Diplomacy 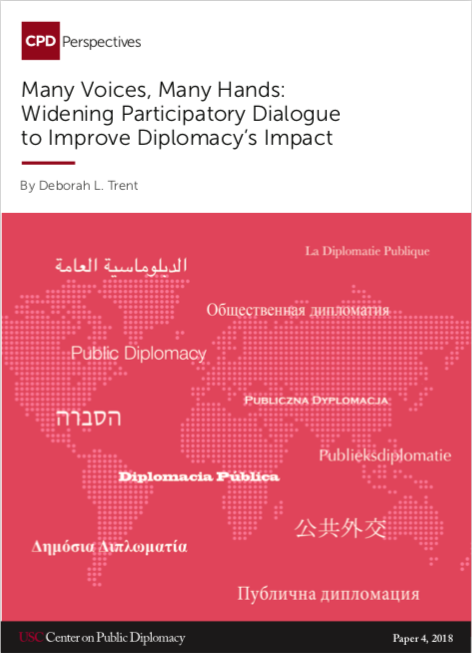 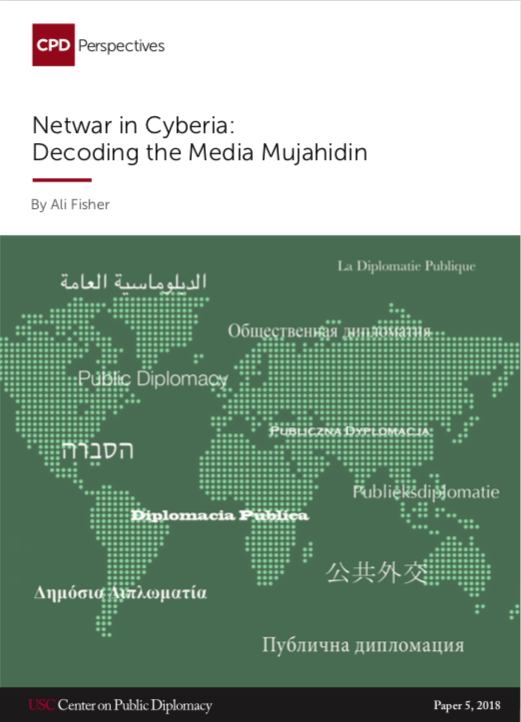 2015-17 CPD Research Fellow Ali Fisher wrote the fifth CPD Perspectives of 2018, which dives deep into the elusive world of network-driven terrorism, which is particularly well-suited to evade top-down, traditional CVE methods. "No public diplomacy initiative can expect to counter the impact of the jihadist movement until they have understood what that movement is trying to achieve," writes Fisher, warning that claims of ISIS' decline can be shortsighted. "This interconnected network constantly reconfigures itself, much as a swarm of bees or flock of birds constantly reorganizes in mid-flight." 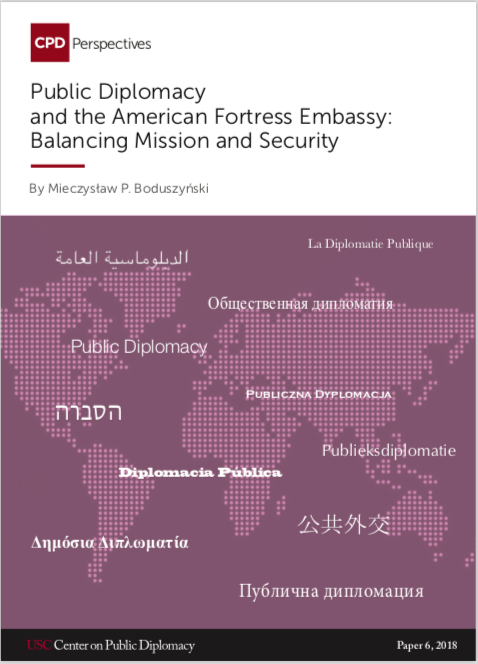 The sixth and final CPD Perspectives of 2018, written by 2016-18 CPD Research Fellow Mietek Boduszyński, looks inside high-security, "high threat" American diplomatic posts and the ensuing impact on public diplomacy practice. Boduszyński finds an imbalance between securitization at heavily guarded missions in countries such as Iraq, Afghanistan and Pakistan and the ability to achieve foreign policy goals through public diplomacy. The fortress embassy "represents a culture that is preoccupied with security, inward looking, suspicious of locals and unwilling to take any risks. The goals and operations of public diplomacy, by contrast, are outward-looking and focused on engagement with local populations," writes Boduszyński.

Check out the latest titles in our signature scholarly series CPD Perspectives on Public Diplomacy—now with 70 titles since inception—which showcases new research and critical thinking about the study and practice of public...