Home|2019: This Year in Perspectives Read each essay via the free downloads below for new deep-dive explorations in 2019. 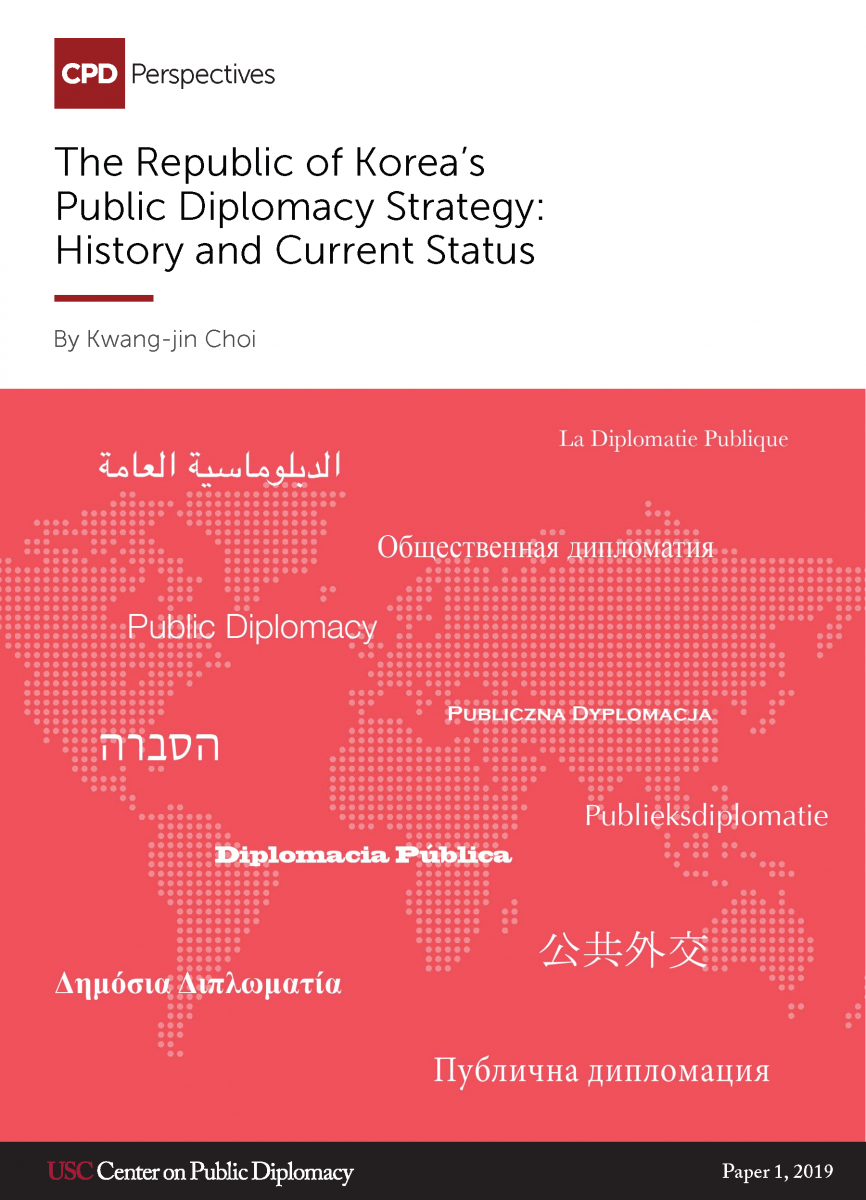 The first Perspectives edition published in 2019 provides rich context for South Korea's history of image-making with foreign nations, from the 1950s war-recovery era, to the decade of sports diplomacy during the end of the Cold War, through the post-2000s rise of Hallyu: global popularity of Korean culture. Then, Choi dives deep into the 2016 passage of the Public Diplomacy Act, which states, "the tools of public diplomacy, listed as culture, knowledge and policy, are to be used to enhance foreign audience understanding of and trust in South Korea.” 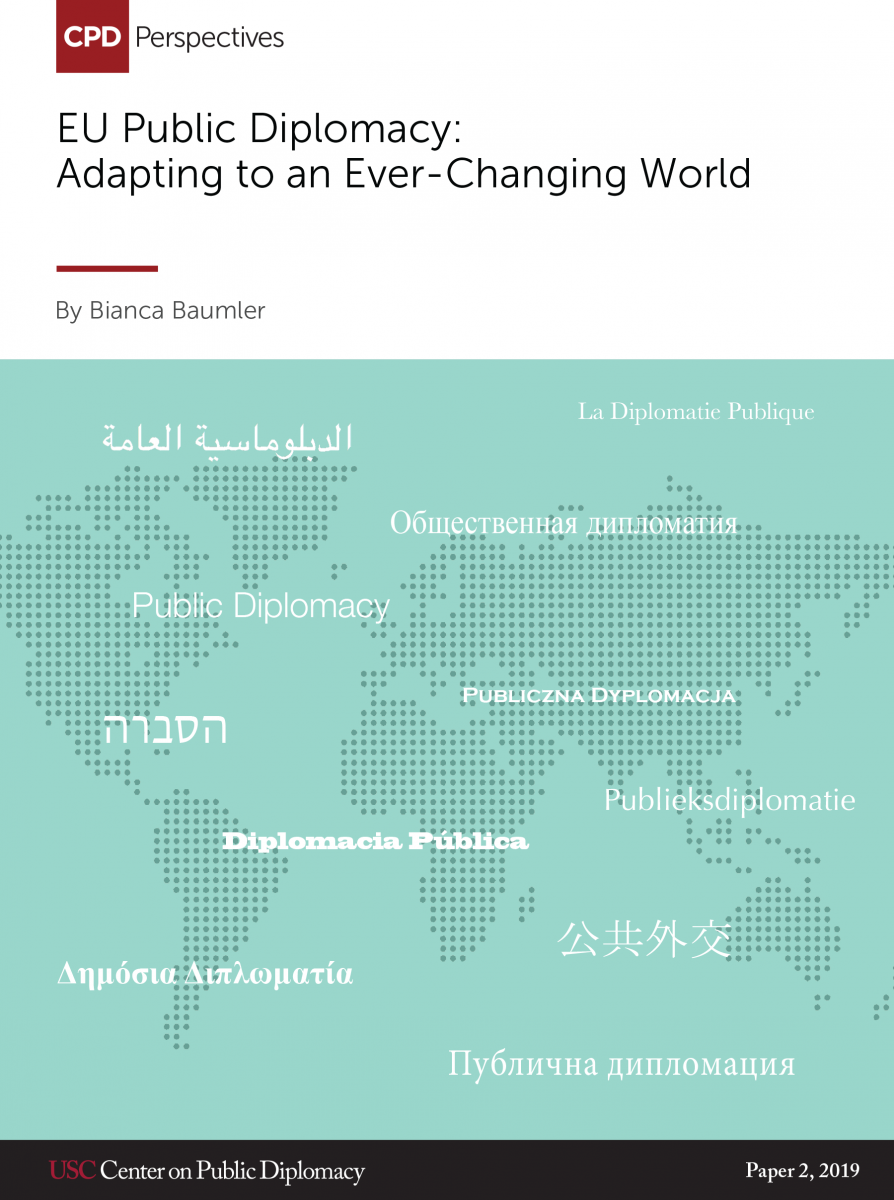 This paper, released April 2019, provides an insider's view of how the EU approaches shaping hearts and minds. Baumler describes progress through the relatively new EU Global Strategy, several case studies, how to measure results, and several recommendations for strengthening the EU's public diplomacy. 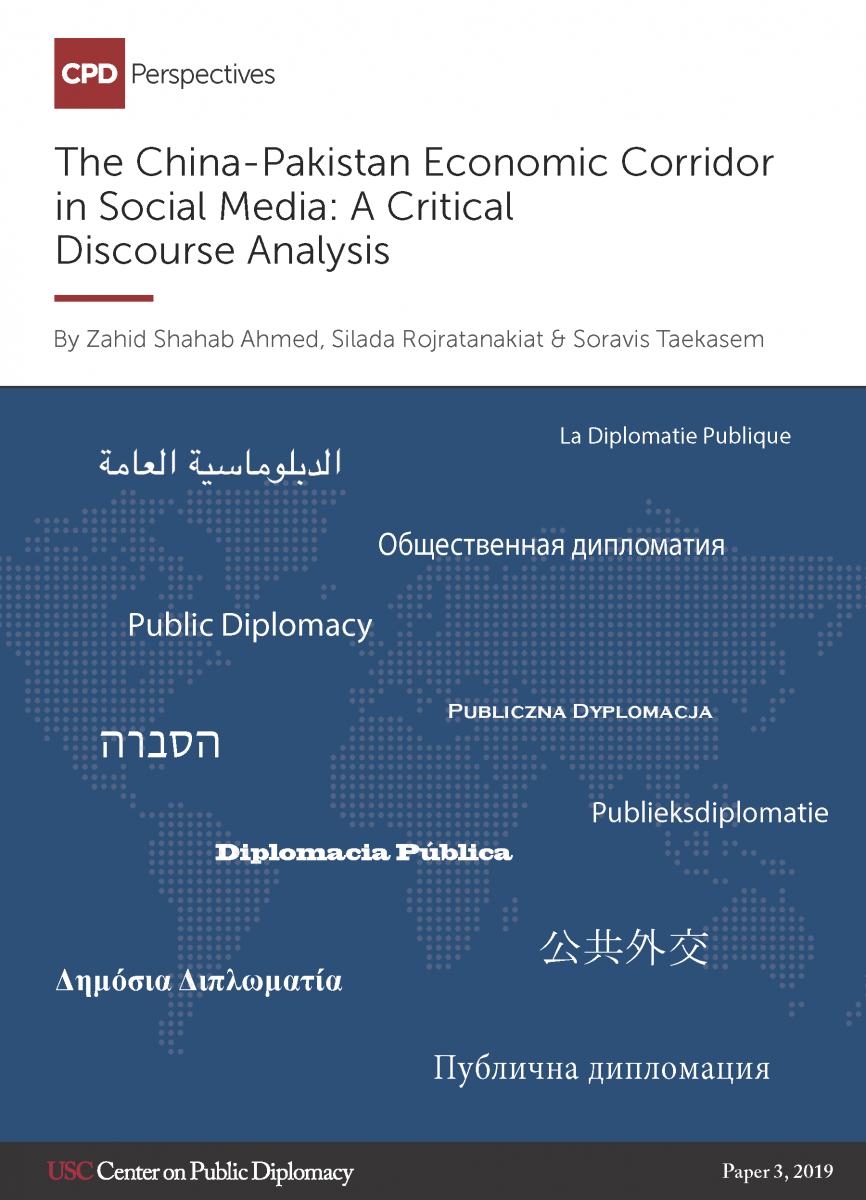 Ahmed, Rojratanakiat and Taekasem analyze the strong role of Twitter in shaping Pakistan's positive national narrative of the China-Pakistan Economic Corridor (CPEC). Using sentiment analysis, the researchers found an overwhelming amount of Twitter activity within Pakistan—including official government accounts—initially demonstrating opposition or skepticism about the CPEC. However, President Xi Jinping's April 2015 visit to Pakistan ultimately resulted in an about-face in which Pakistan's government demonstrated a tremendous wave of support on Twitter, contributing to Pakistan's overall positive framing of the China-Pakistan relationship. 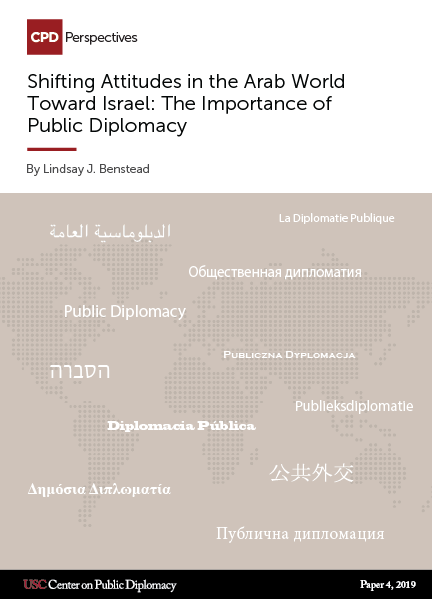 Shifting Attitudes in the Arab World Toward Israel: The Importance of Public Diplomacy

Benstead contextualizes Arab-Israeli and Israeli-Palestinian relations since 1948 by examining national-level Arab attitudes from 15 countries based on the Arab Barometer, the first cross-national survey conducted in the Arab world that asks individuals about their views toward foreign policy and spans over a decade (2006-2016). For countries that might be open to U.S. development support, Benstead stresses that more listening sessions—a pillar of public diplomacy—are needed to enact effective action toward peace promotion. 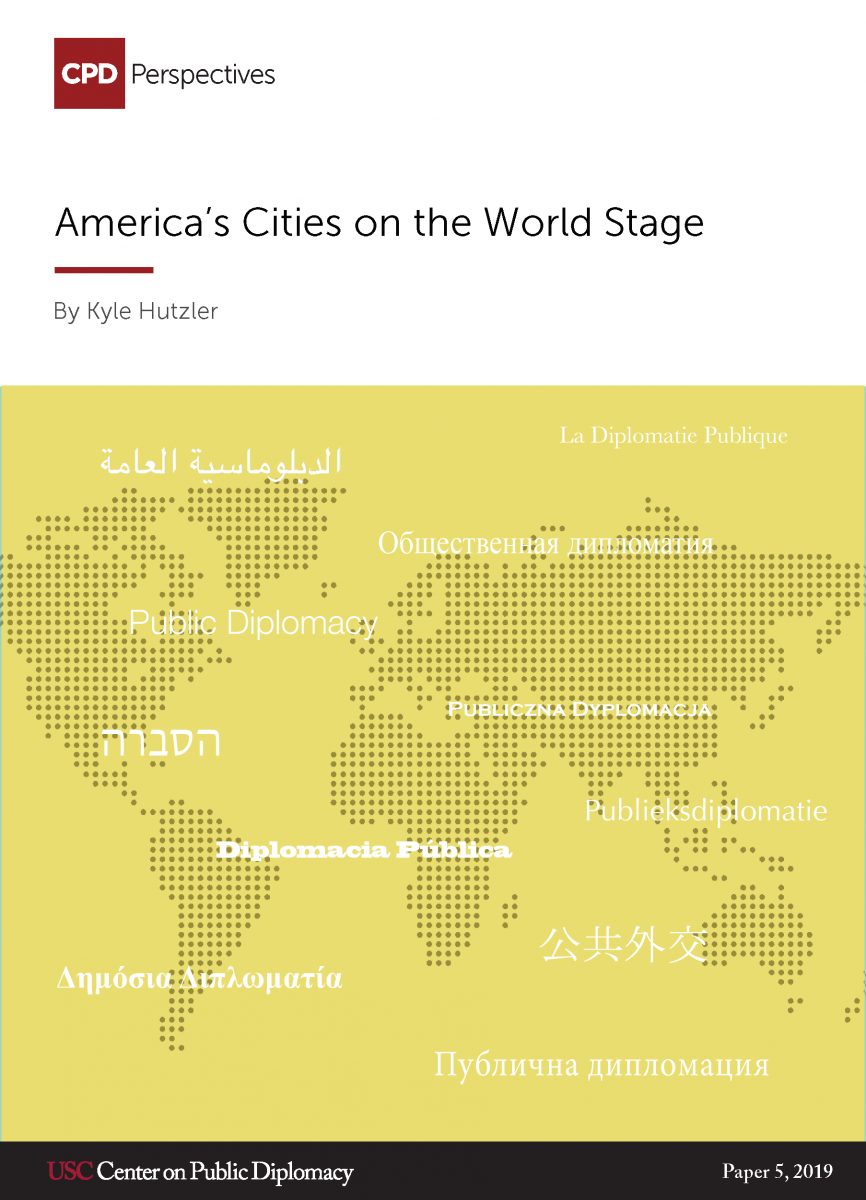 "America’ s Cities on the World Stage" examines the opportunities and challenges in American cities’ efforts to develop their standing on the world stage as a means for the U.S. to “speak with one voice abroad.” Hutzler provides a managerial perspective on city diplomacy and offers a dozen recommendations for cities, states and the federal government in addition to "several novel and actionable frameworks that can be employed by city international affairs professionals."

Check out the latest titles in our signature scholarly series CPD Perspectives on Public Diplomacy—now with 70 titles since inception—which showcases new research and critical thinking about the study and practice of public...