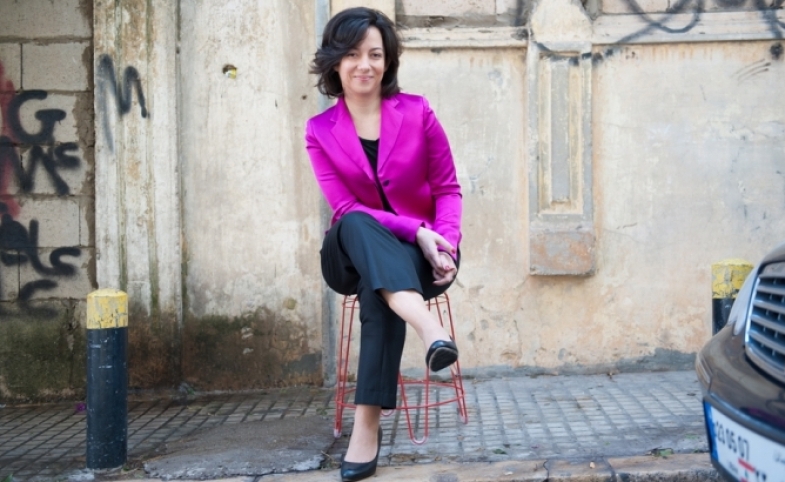 Kim Ghattas is a journalist with the BBC, covering international affairs. Ghattas was born and raised in Beirut and began her career writing for the English-language newspaper the Daily Star. Her work has appeared in the Daily Beast, Time magazine, the Washington Post, and she has a regular column in Foreign Policy's Voices section. Her book The Secretary was published in 2014. She spoke with CPD about Hillary Clinton's public diplomacy, U.S. foreign policy, and growing up in Beirut.

Why is The Secretary: A Journey with Hillary Clinton from Beirut to the Heart of American Power crucial reading for students of public diplomacy during this election season?

Anyone trying to understand the advantages and disadvantages of American engagement with the world will find that The Secretary is the perfect, easy to read handbook, especially in such a tumultuous election cycle. American voters may be mostly concerned about the economy and jobs, but the big theme of America’s role in the world is definitely on their minds as well this election season. How America is perceived abroad, how America engages with the globe, all this plays a role in shaping the country’s economy, even if people don’t always see the direct connection. The UK’s exit from the EU is one of those examples where Americans paid little attention in the run-up to the referendum but woke up to screaming headlines about the impact this could have on their savings and their 401k. In The Secretary, I take readers into the American foreign policy machine so they can see, feel for themselves how everything is connected and better understand the impact of engaging or disengaging with the world. Public diplomacy is the outward manifestation of those trends.

What surprised you in writing and researching this book?

I was probably surprised that I still had more to say, even after writing a whole book! I explored the limits and possibilities of public diplomacy while writing and researching this book, observing American officials engaging in various forms of it and learning firsthand about the impact and ripple effects of whatever they said. If Secretary Clinton spoke candidly about the limits of the U.S. ability to help the Syrian rebels, the effect on the morale of the Syrian opposition could be seen fairly quickly, for example. If the State Department spokesperson mentioned a country in the department’s daily briefing, people’s ears would instantly perk up in said country.

In the course of this election season, have you observed Secretary Clinton employing her public diplomacy skills? If so, when?

Campaigning on the presidential trail is another form of public diplomacy on the domestic political scene. Every stump speech, every one-on-one interaction with a voter is an opportunity for a candidate to sell their vision and influence the public. The key in public diplomacy should not be to just package your message nicely but to understand what drives the concerns of the people you are speaking to and address them directly, and then hopefully also better adapt those policies to the needs, because no matter how good your public diplomacy is, your policies need to be sound.

How did your upbringing in Beirut inform your take on American public diplomacy?

I grew up on the receiving end of American power, with a lot of questions about the real extent of that power and its purpose. I often wondered about the disconnect between the rhetoric and the real policy, since what we saw happen on the ground in Lebanon was not always what American officials had announced as their policy. When I became the BBC’s State Department correspondent in Washington, I was able to put some of those questions to American officials, and their answers were often quite candid in private in ways which I think the public would have benefited from hearing as well.

In a world fraught with local, national, and international fissures, animosities, and violent conflict, the Republic of Ireland stands far above the fray as a stellar example of how a country's...